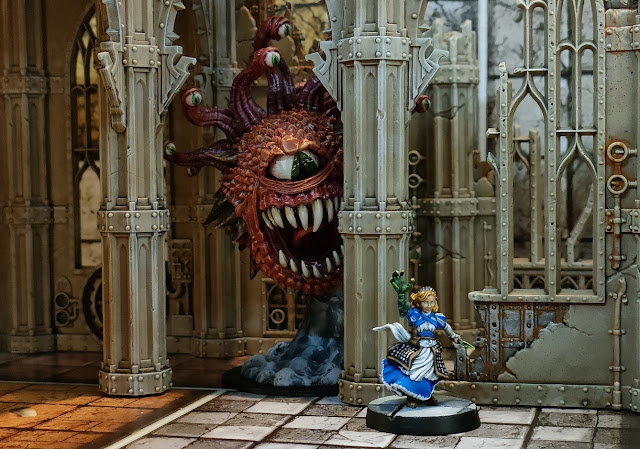 You can't rush these things.  Navel gazing and contemplating the universe make us better human beings.  At a rough estimate I'd say I was about 25% done.  With just under 50% of Squaduary elapsed.

I've been trying out different contrast paints.  I found that if you paint the model black and white and then just block in the main colours with contrast, it works pretty well.  I've been trying out recess shading with Black Templar before dry brushing the white highlights and the results are interesting (this is why only the back of the wizard is painted).  The only colours on Barb the Barbarian's skin are a very light wash of Cadian Fleshtone and undiluted Cygor Brown.  I tried using a clean brush dipped in Contrast Medium to thin out some of the highlighted sections but it's not quite working.

I suppose I should be batch painting these but they're all going to be completely different so it isn't really saving time.  I kind of got obsessed with Wendy the Warlock and decided to finish her.  So that's one model done at least. 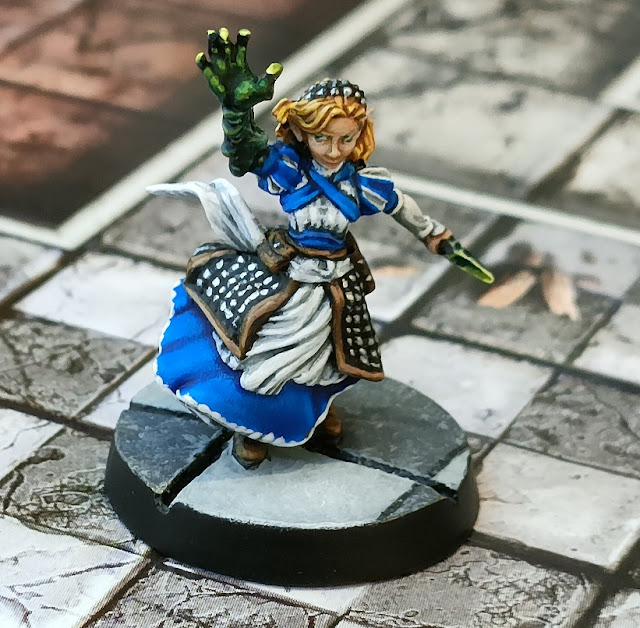 I had to do something about those bases.  I couldn't leave them like that.  Covering them in plants and rocks just seemed wrong because there are no 'outside' quests in the game.  There are people out there who have created full outdoor boards with all the requisite scenery and missions lovingly realised. But that's another rung down the sanity ladder and I'm not willing to take that step just yet. 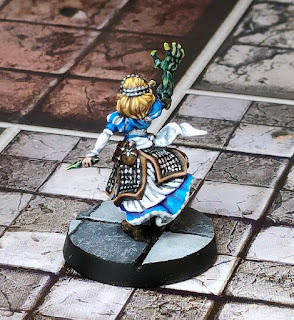 They will look pretty cool with bases painted as actual Heroquest tiles I reckon. I actually carved out the flag stones on Wendy's base with a Dremel before realising that I could just paint it on and it looks pretty much the same. 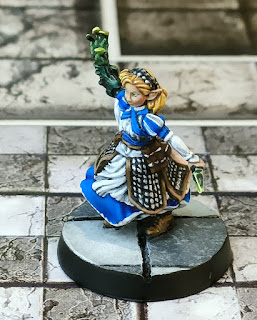 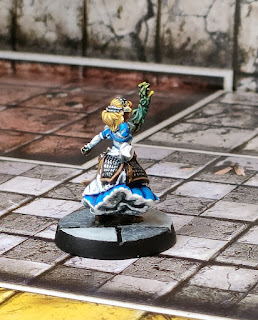 Those poor, hapless heroes.  In their miniature world of dungeon crawling, they are starved of sunlight.  Fated to wander in perpetual darkness, they battle a never ending tide of beasties who seem to spawn from nowhere.  No wonder Wendy the Warlock went insane.  Such a pretty little thing, she couldn't handle all that Stygian gloom.  Upon checking herself out of the clinic she acquired a glove fetish and changed her name to Michael.