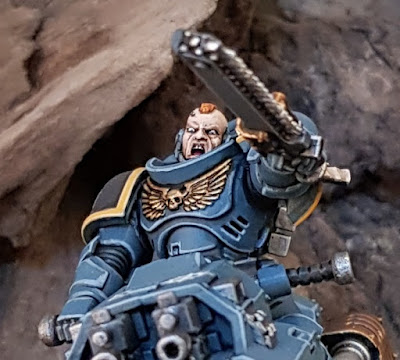 This is my interpretation of Joe Dredd, without his helmet.  And a chainsword instead of a stun baton.  Silly really, because Dredd never takes his helmet off.

Plus this is a sergeant, who should be setting an example to his men on battlefield protection and the use of headgear. 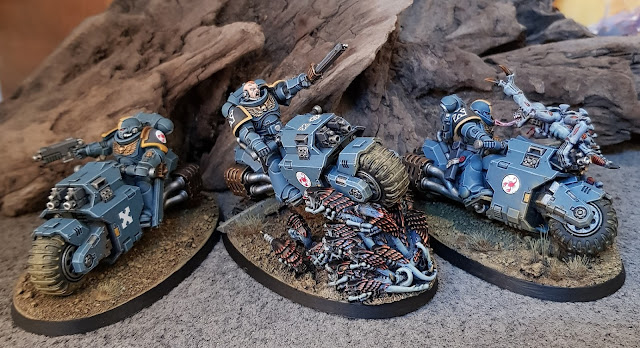 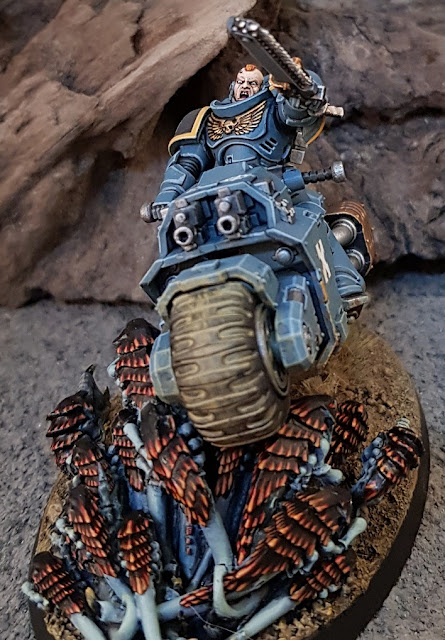 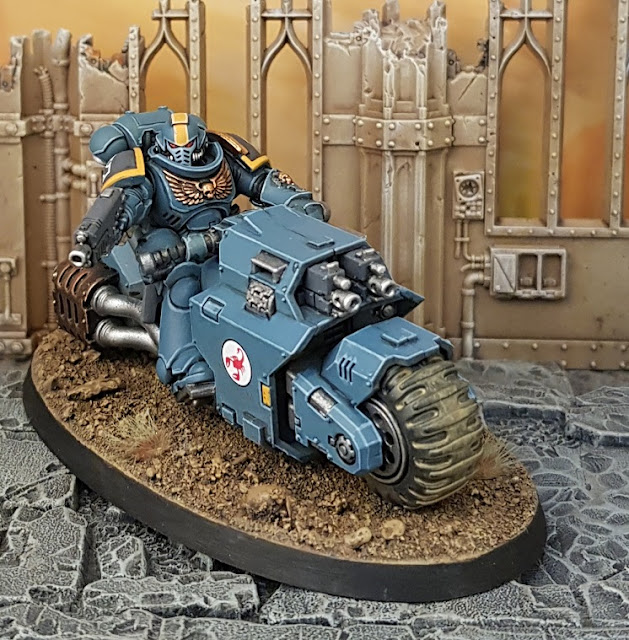 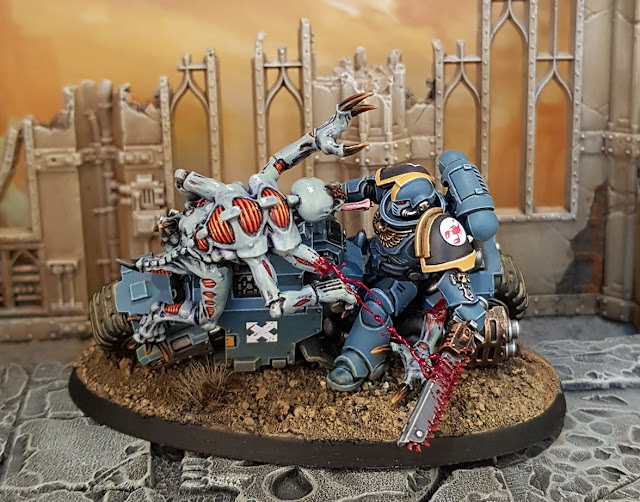 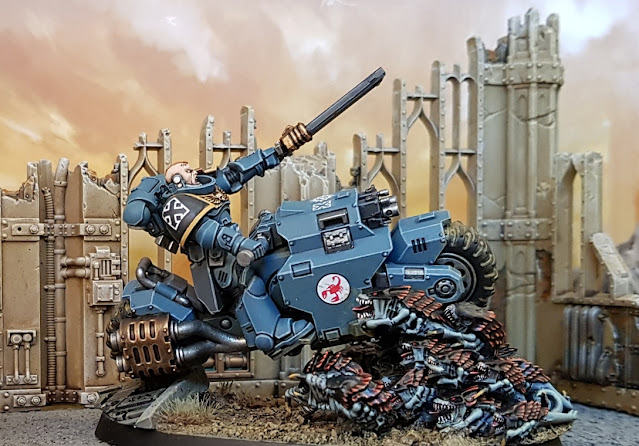 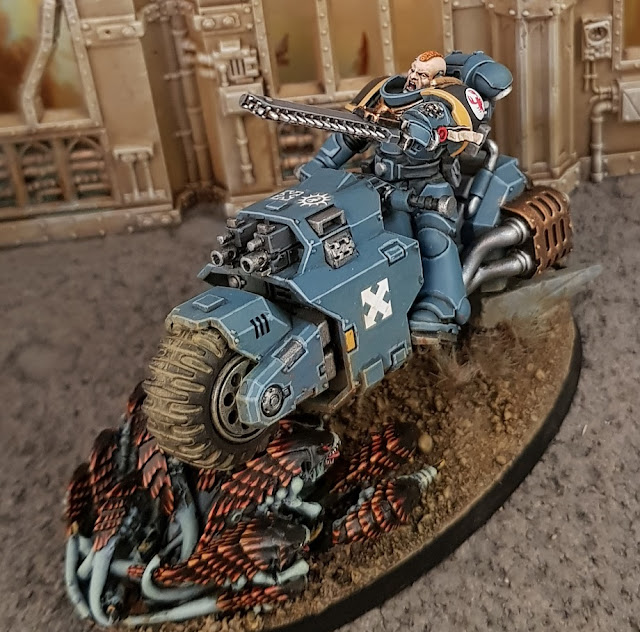 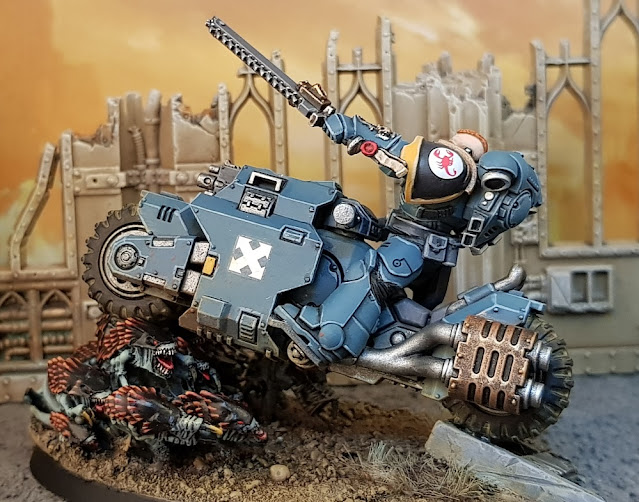 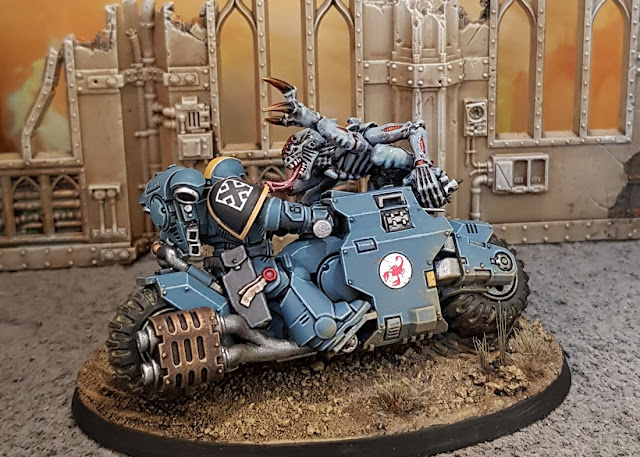 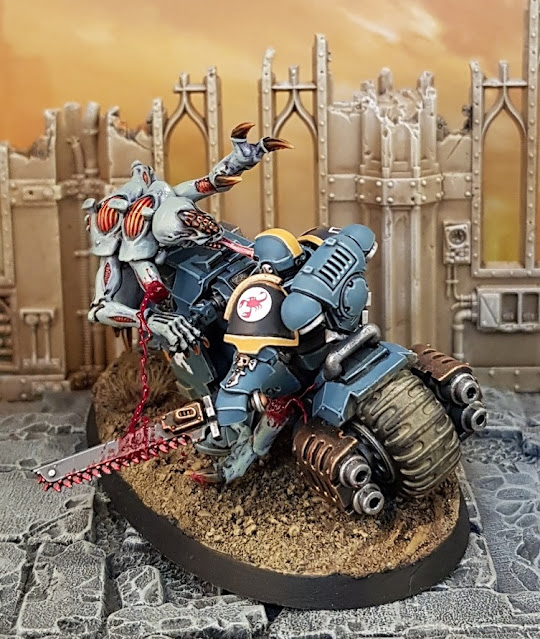 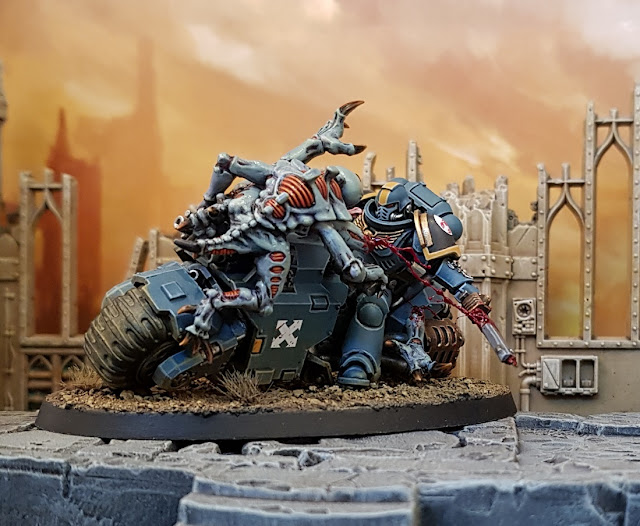 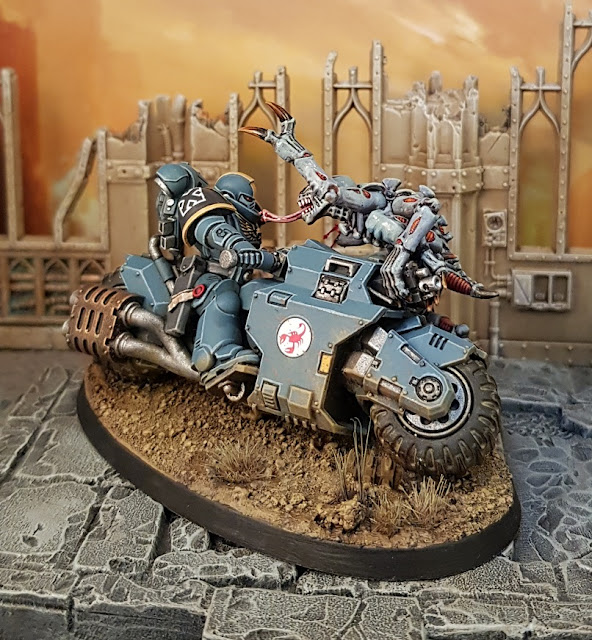