The Games Workshop model for the Biovore is someone's idea of a joke.  Its got to be.  Lets ignore for the moment the stupid grin and 1980's fashion gauntlets.  These guys have enormous, veiny dicks complete with eyes, growing out of their back. And if you look closely, its actually meat and two veg. The pair of testicles hanging over their head is what really clinches it for me:


Plus you can only buy them in Finecast and they have a bi-polar disorder when it comes to bases.  Unable to decide whether they are 60mm or 40mm.  No way man.  I refuse to pay good money for this.

Having said all that, I did want to play Biovores in my army.  Its one of the few Tyranid creatures that has a long ranged, anti-infantry weapon.  (In fact, its the only one I think).  So, naturally I thought about converting some and started rummaging through my bits box.  I had some Tyrant legs and second hand Trygon thoraxes along with the spare weapons from a Tervigon.  Just enough to create two, overlarge, Biovores:


The trouble is that they look awful.  They might not be wearing their genitalia on their head, but they are just wrong and too large to effectively hide behind scenery in a game.  I kept looking at the spare crushing claws from a Tervigon/Carnifex but it needed a smaller body. The only thing I could find was Warriors:

I don't like Warriors.  I think its because all mine got double tapped in one of their first games.  I know they are meant to be good but I'm just not feeling it.  So the models (apart from a converted Tyranid Prime) are left on the shelf, largely unpainted. 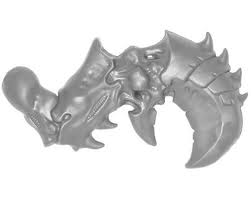 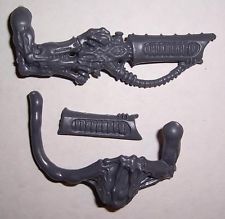 However! Add some Tervigon crushing claws, Trygon spikes and a stranglethorn cannon, a bit of sticky and hey presto! A politically correct Biovore is born:


I was feeling very pleased with myself until I realised I had no spore mines to go with them.  This was two days before a tournament in which I had submitted a list containing Biovores.   In desperation, I glued two Adrenal Glands together and stuck them on a paperclip.  This looked ridiculous until I painted it and then covered the lot in hot glue.  Now they look passable. 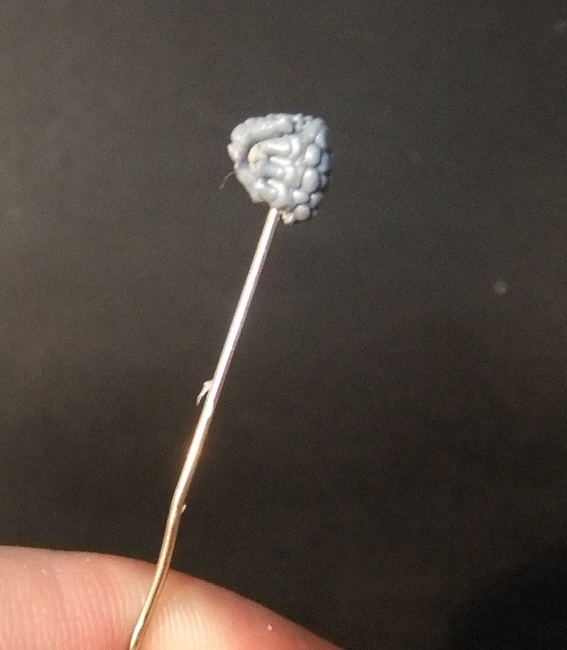