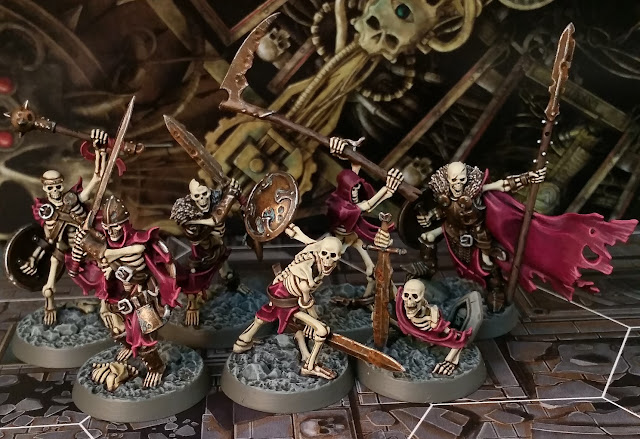 Sometimes it works and sometimes it doesn't.  And sometimes it looks better in the morning.  I could probably tinker with them more but I'm calling my Squaduary done.  I decided to be a devilishly cool hipster and make up my own purple colour, not using a scheme in the Citadel Paint App. 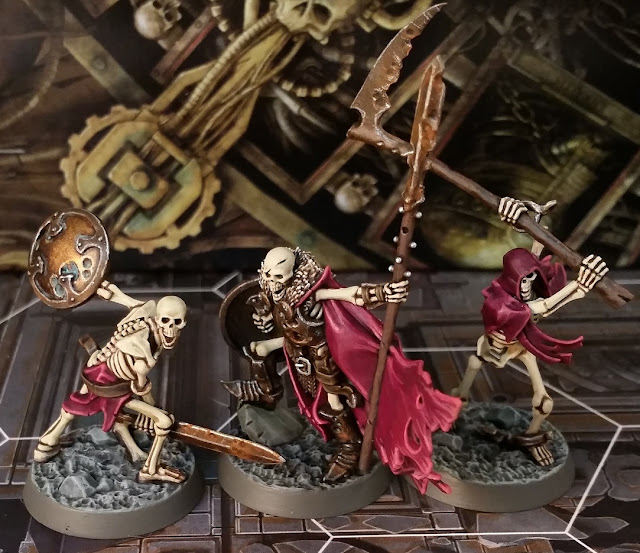 So I went with Screamer Pink, Warlock Purple and Pink Horror with a Druchii Violet wash for the clothes.  This ended up looking sort of pink.  I checked the Paint App again (in the Pink section rather than the Purple) and sure enough, I had pretty much used the colour scheme for "Internal Organs".  Son of a bitch! 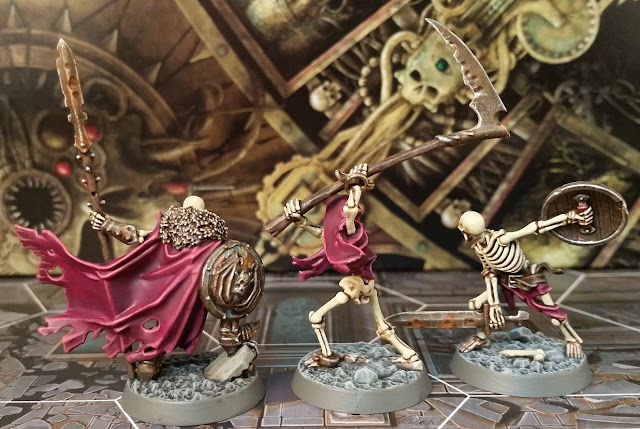 I've learned from hard experience that trying to 'fix' a colour scheme which you don't like often ends up making it worse.  I inevitably end up with a sort of "Bloodied Stool" colour (I believe Games Workshop calls it 'Dark Flesh' but achieves the effect with far less colours).  So I decided to leave well alone. 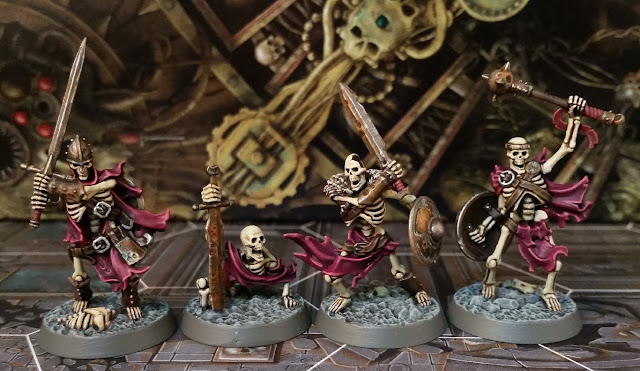 Interestingly, the hand grip for the Prince's mace was done with Khorne Red, Pink Horror highlights and an Agrax Earthshade wash.  It looks almost exactly the same (but better?).  I reckon that with a bit of tweaking (Reikland/Agrax mix?) I can achieve an old red leather look very quickly using this method, which might prove useful on other models. 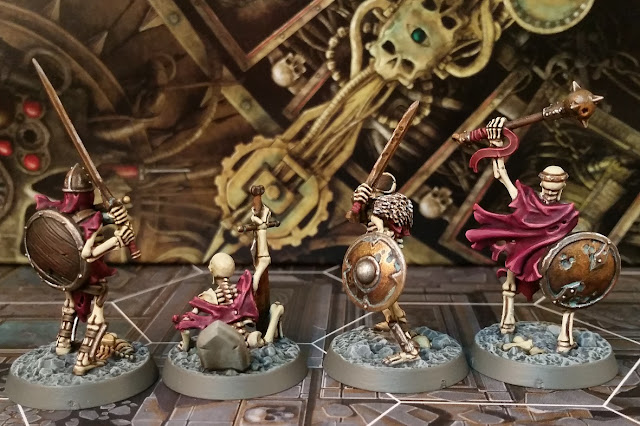 The darker tones also had the effect of bleaching the bone effects so I had to pin wash between every fecking rib and joint with Rhinox Hide in order to improve the contrast.  The whole thing was becoming a chore by now and I decided to finish it there but they just seemed, I dunno, not quite right.

I experimented with some Typhus Corrosion and rust effects too but I'm not sure I like the way it clogs up the detail on the model (See the back of the Sepulchral Warden's shield).  It definitely needs to be used sparingly.  Anyway, they're done now and its time to move on. 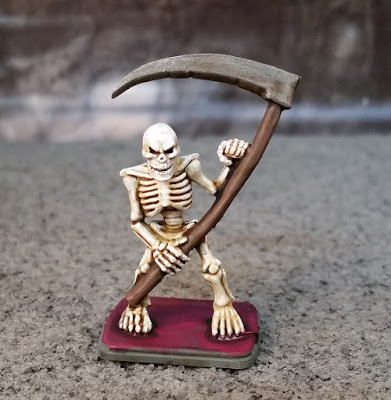 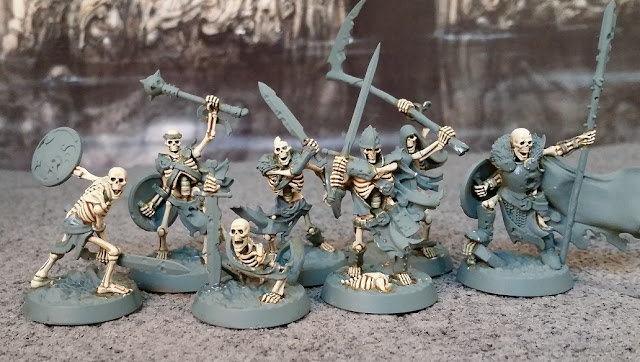 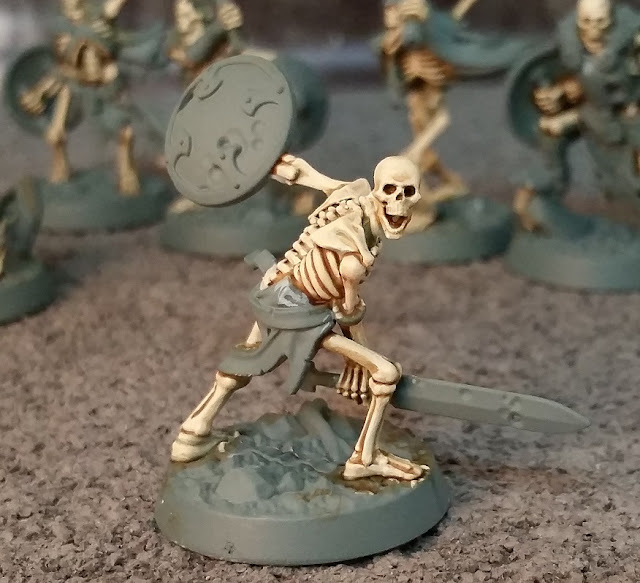 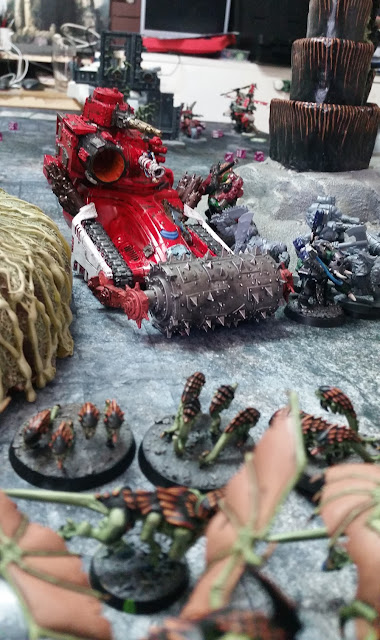 While I was uploading the photos from my phone I found this picture from a 40k game I had last week against Orks.  It made me smile, because that unit of Rippers held up the Deff Rolla for 2 turns (much to my opponent's consternation).  They must have hurled themselves into the gear mechanism and caused it to short out. Rippers are awesome.
Posted by Monkeychuka at 23:10 12 comments: 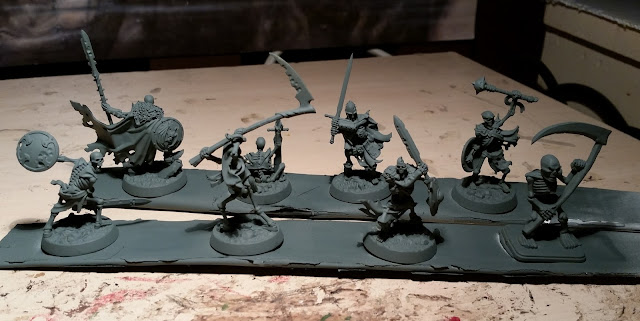 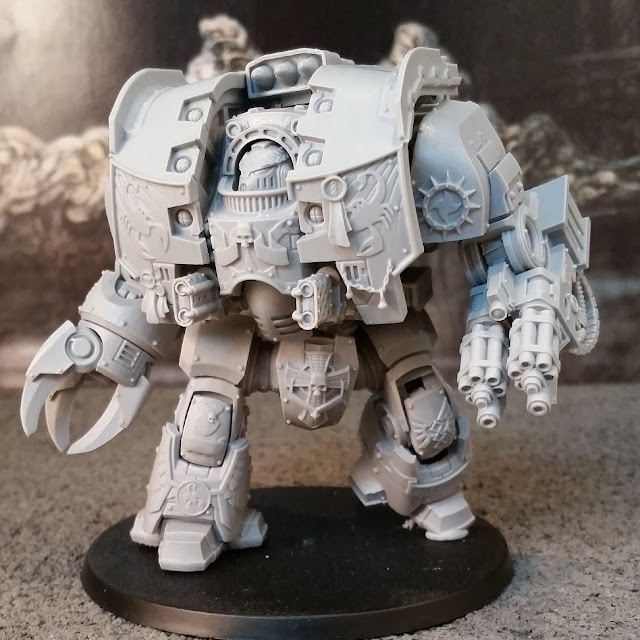