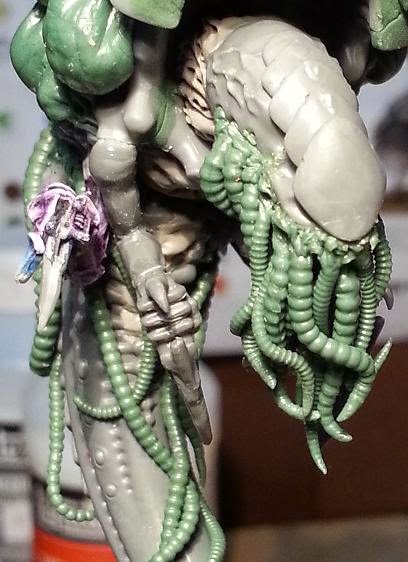 In between games at Call To Arms last week, Blaise St-Laurent walked up to me and said, "I've got something which I think you'll like".  He held up what looked like a small, perspex box.

"Its a tentacle maker" he explained.  I resisted the urge to snatch it out of his hand but he must have noted my covetous expression.  He told me that he'd bought it from Green Stuff Industries and this was a spare, which he was willing to give me at cost price.  I immediately coughed up the cash and pocketed it.  I have been itching to try it out ever since. 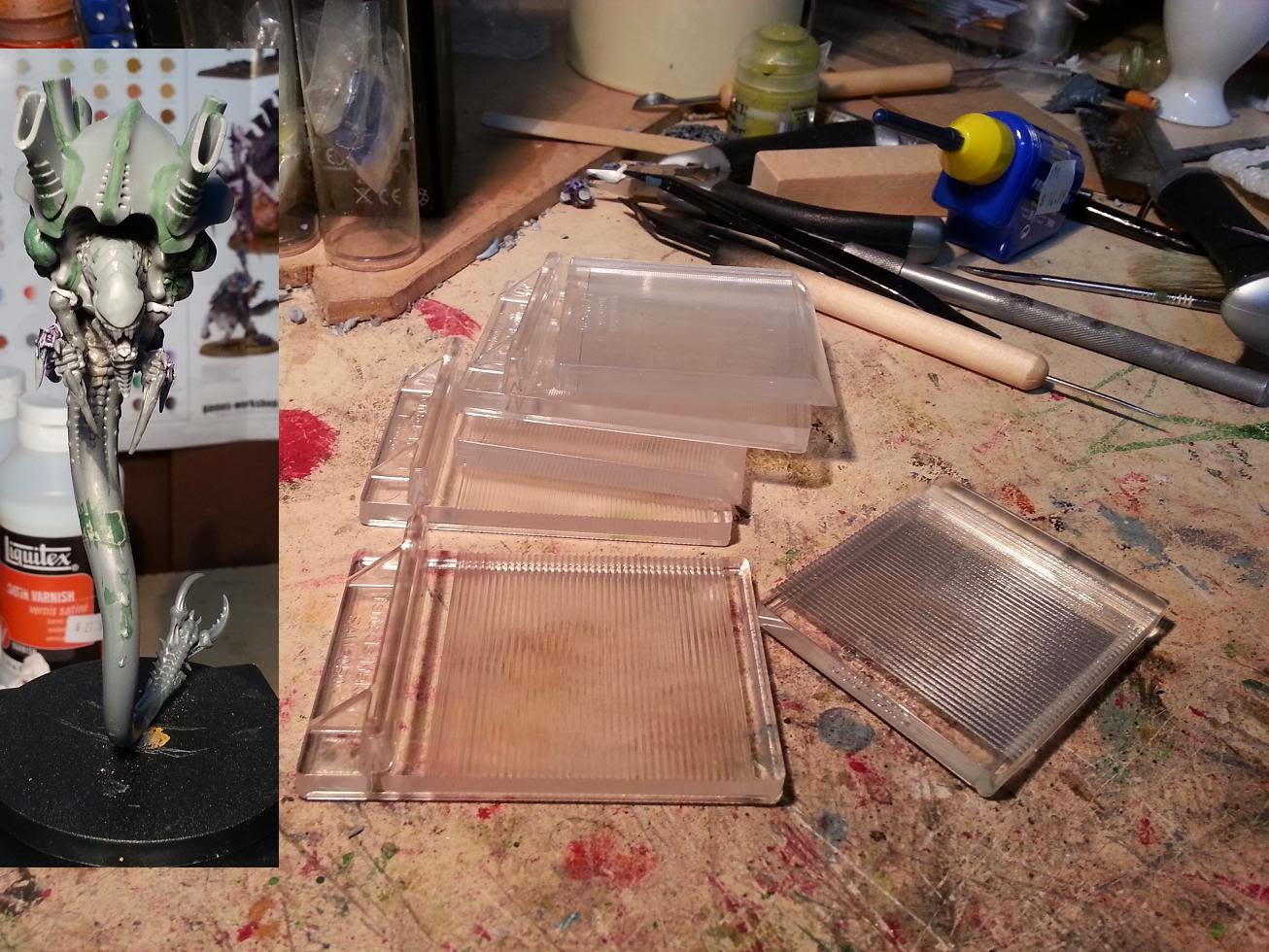 Recently, I've been thinking about using a Malanthrope in my games.  The model itself is awesome and the rules are better.  Although I'd happily pay for the Forgeworld version, I have a spare Hive Tyrant kit just lying around doing nothing.  It was bought solely to put wings on my Swarmlord and the rest of the kit was wasted.  However, I've seen numerous enterprising people on the internets using the body and tail of a Flyrant to convert their own Malanthrope.  Coupled with my new acquisition, it seemed like an ideal time to make one for myself. 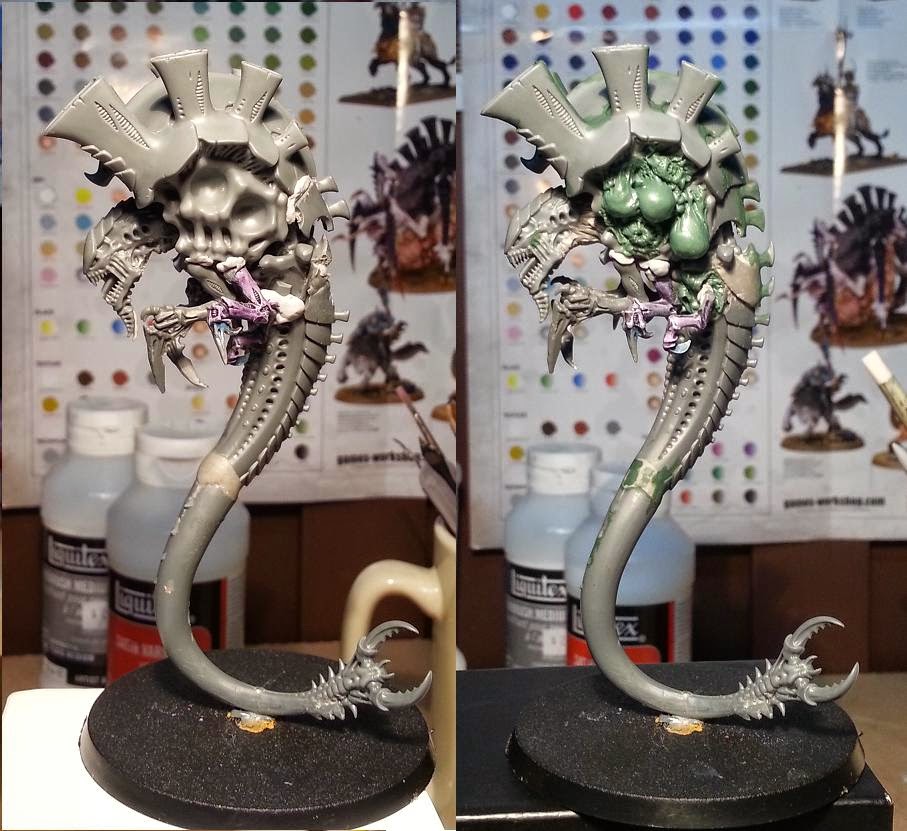 The device that Blaise gave me is actually 3 tentacle makers which make different sizes of cable and/or tentacle out of green stuff.  I had absolutely no idea how to use it.  Lucky for me, Green Stuff Industries made a handy video which tells you exactly what to do.  Click on the Tentacle Tutorial to see it in action. 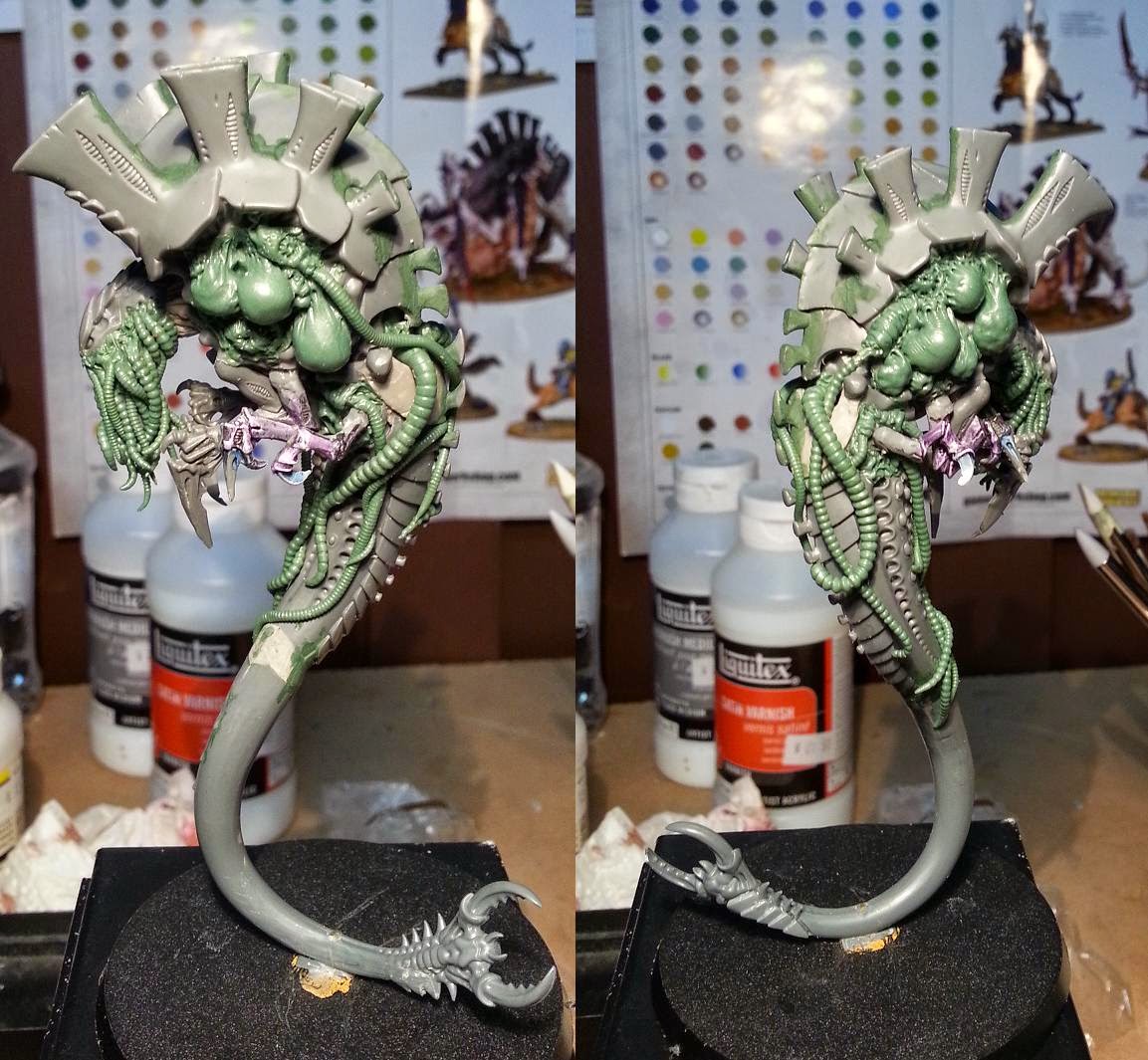 In terms of cost, its about the same to order one from Forgeworld as it is to convert one, but if you decide to convert then you will have an absolute ton of spare parts to play with when you're done; including those fantastic wings, which look just as good on Daemons and Dragons as they do on Nids.

I am extremely pleased with the results of my tentacle maker and it is ridiculously easy to use (getting the blasted tentacles to stick to the model and not your fingers/craft knife/sweater/light fitting is another matter entirely).  My wife says that the Malanthrope looks like Mr. Burns, so thats what I'm going to call him.
Posted by Monkeychuka at 20:12