This blog has lain, sadly neglected in a corner over Christmas.  I'm not sure if it was content overload or just general apathy but I just wasn't feeling it. 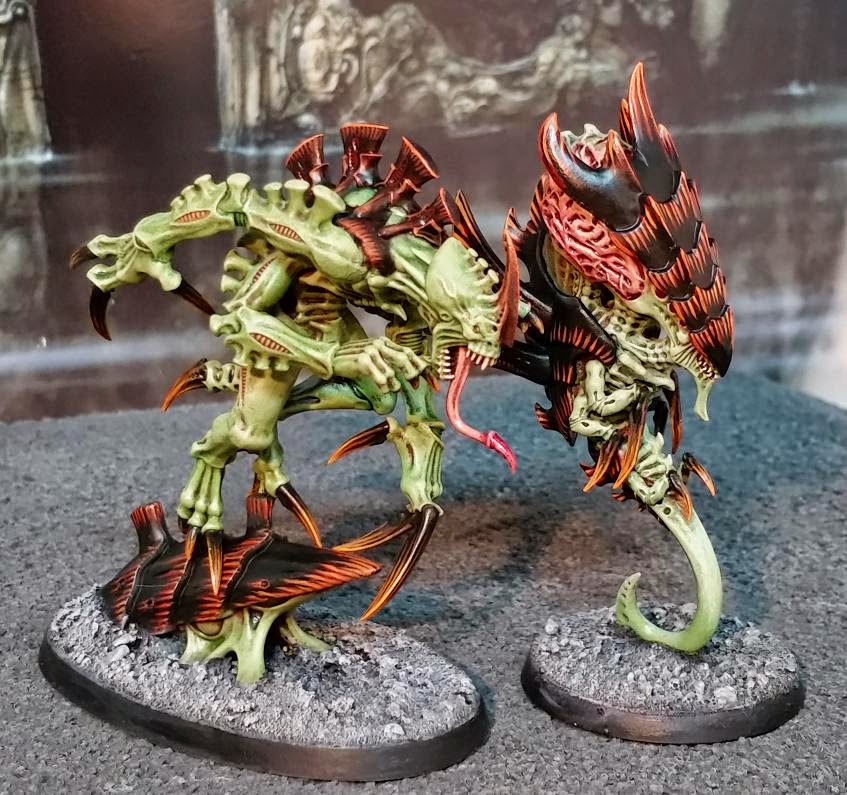 Nids finally got more formations than a ripper infestation and funky warlord traits too.  So I should be throwing together a 3rd Flyrant and a buttload of Gargoyles, laughing with glee as I stomp the competition (yeah right). But I have already committed the cardinal sin of buying models and not even removing the shrink wrap, never mind opening the box and constructing them.  So I'm not buying any more (for now). 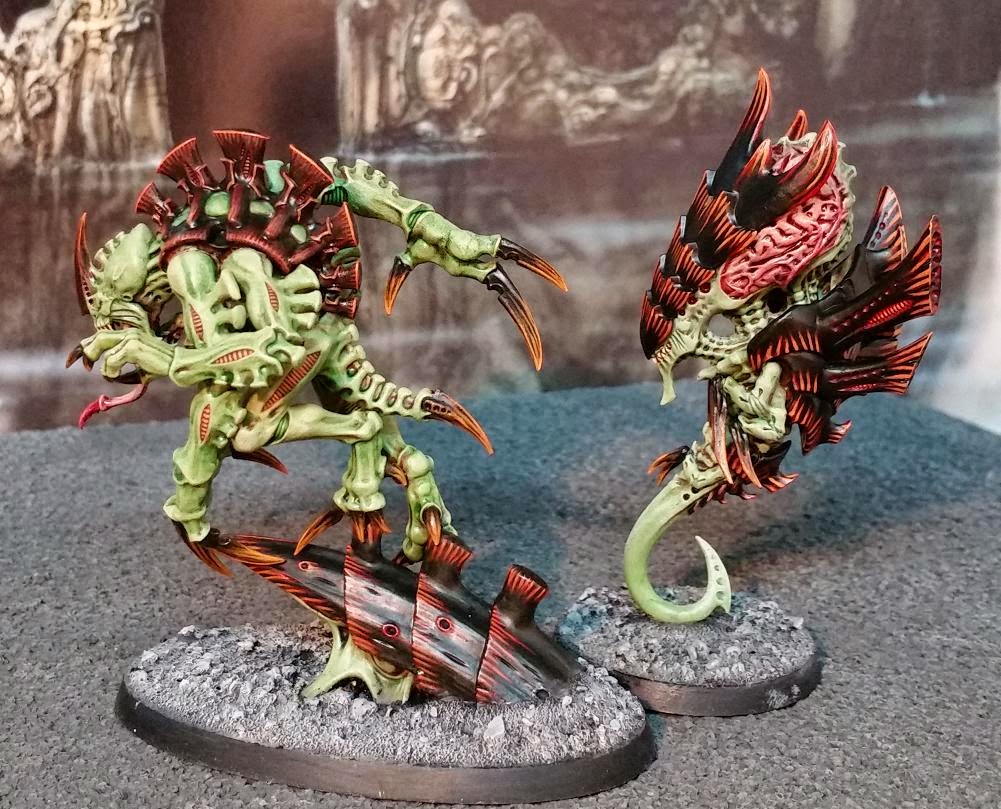 Maybe it was the fact that I gave up smoking 7 weeks ago (I didn't 'quit' and it wasn't the 'easyway'. Allen Carr can stick it up his arse).  Rolling a smoko and regarding my handiwork after a painting session was an integral part of the hobby for me and suddenly it felt wrong, like there was something missing.  So maybe I avoided painting altogether because I knew I would dwell on it and probably cave in during a moment of weakness and just light up.  My wife still smokes so finding one wouldn't be too hard.  Ohhh, the temptation.  Get thee behind me Satan. 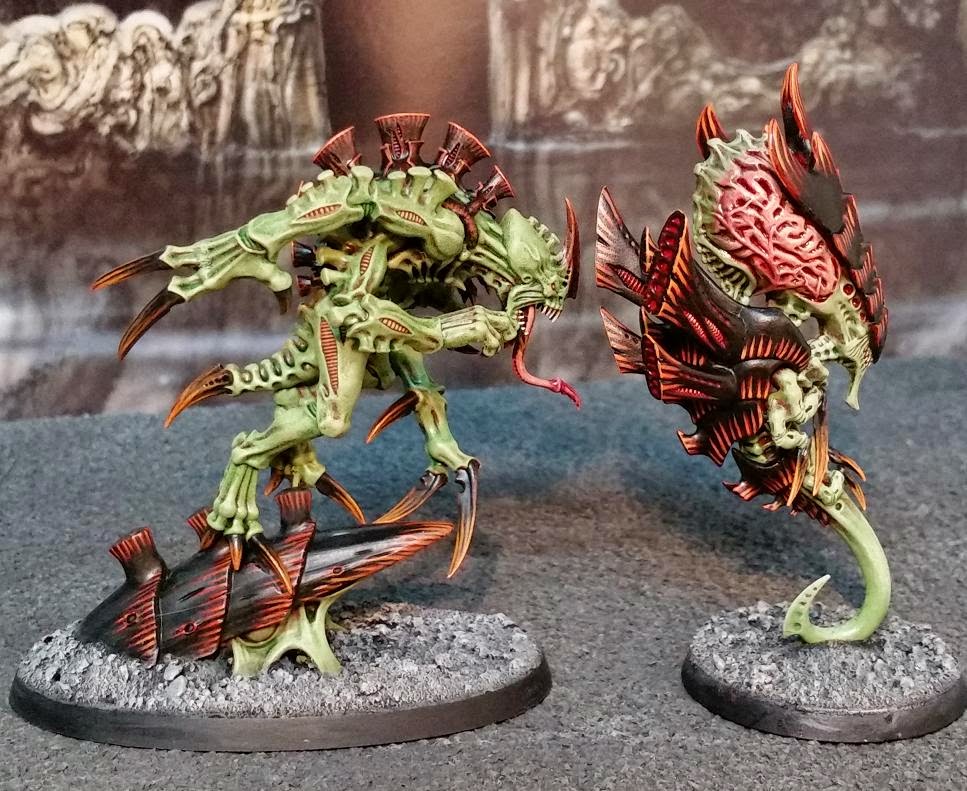 I was also distracted by the epic delights of Skyrim DLC and spent much of the holidays melting my aging CPU and building neat little medieval houses, decorating them with troll skulls like some sort of Viking Sims player.  Sadly, even dragon slaying palls after a while and eventually I regarded my avatar, clad in his legendary, double-enchanted Glass armour (Daedric is passé and Stalhrim looks like cheap plastic - I donated mine to the henchmen) with something approaching boredom. 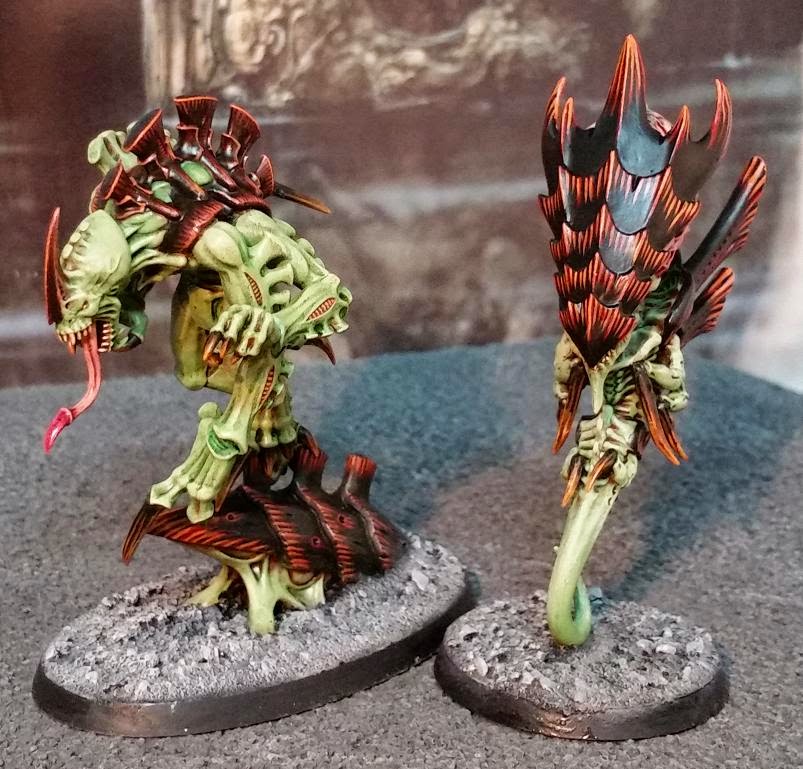 So, finally, I crept back to my painting station last week like an unfaithful lover and have been working on the Spawn of Cryptus and a Zoanthrope ever since.  I don't really need them for my army but they look nice, don't they?
Posted by Monkeychuka at 00:06 5 comments: