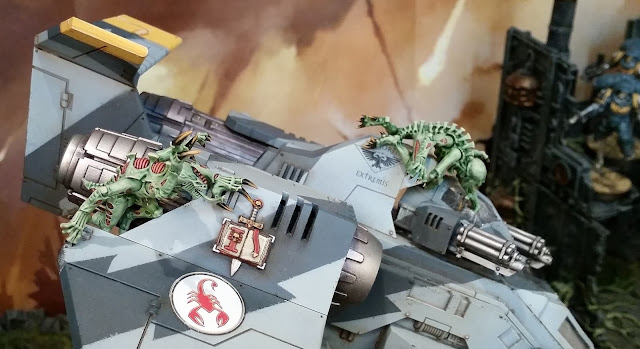 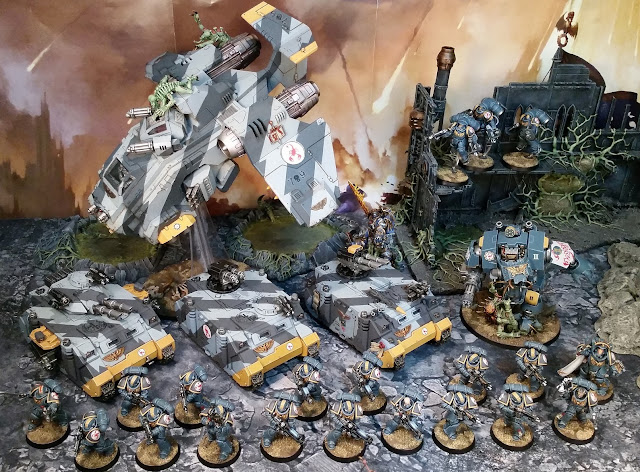 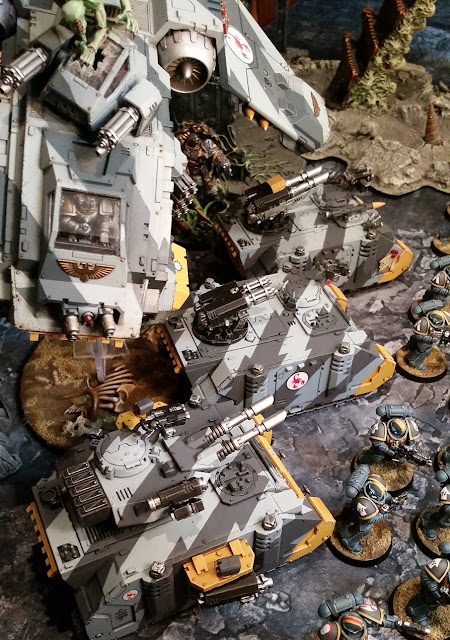 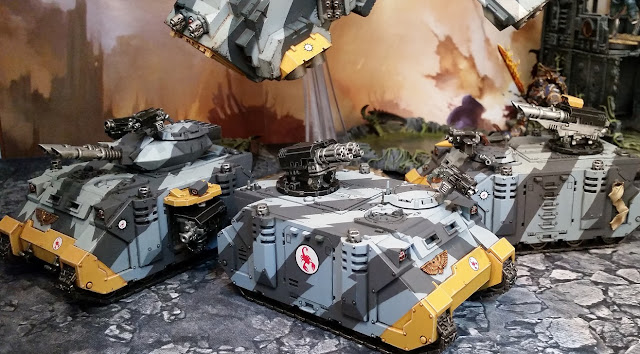 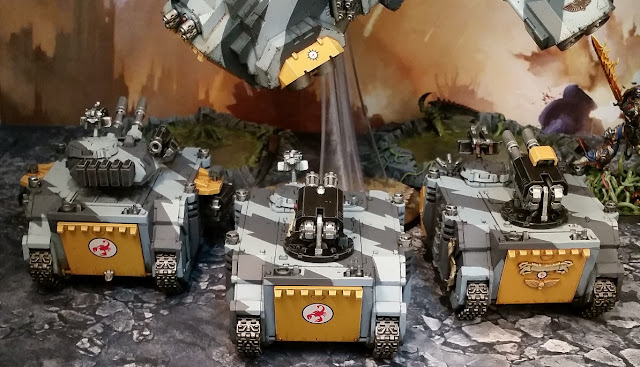 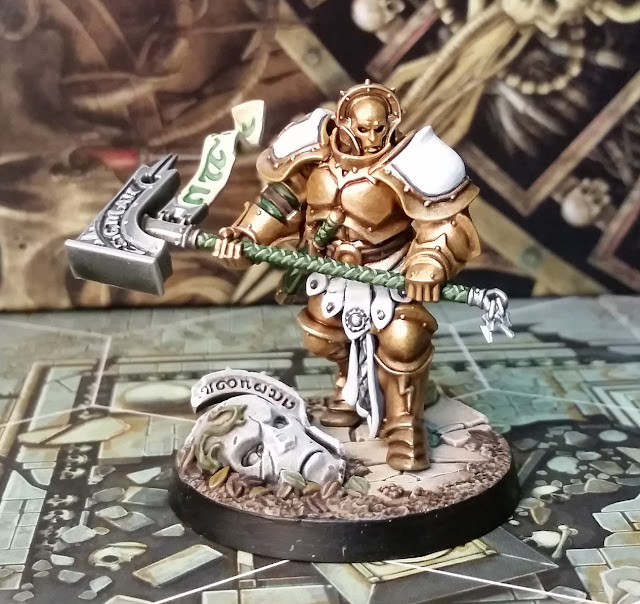 I've started painting up my 'Celtic Sigmarines'.  I'm pretty sure that 'Angharad' is a Welsh name already but I decided to call the other two "O'Brien" and "Sullivan" and paint them green, white and gold.
Posted by Monkeychuka at 00:24 10 comments: 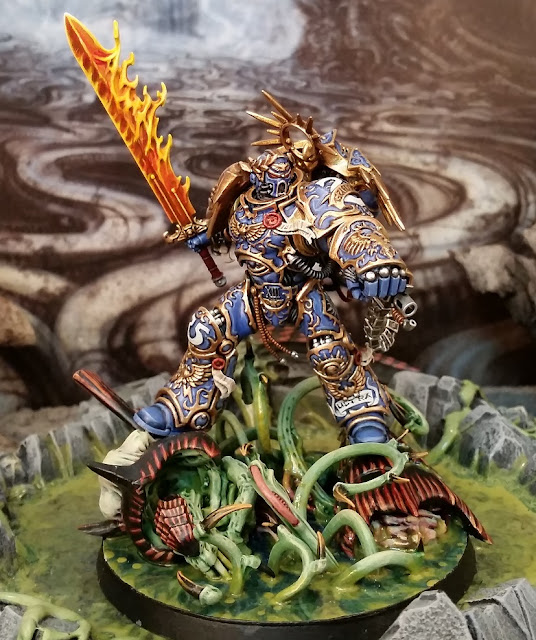 He still isn't finished but I'm done painting Guilliman.  It took me the best part of 3 weeks to get this far and I just don't want to do any more.  I originally painted him with silver trim and gold pauldrons and hated it.  A fellow gamer commented that he looked like Alpharius which was the final nail in the coffin and so I more or less started over.  A bit like eating a cup of snot and then being told to finish off the bucket.  Roboute was an experiment anyway and now that the test is over I might not take him in my lists again.


After placing last at Call To Arms, I needed to improve my gaming skills.  Its very hard to retain your sense of humour when you've just been tabled three times in a row.  Playing more games, poring over forums and researching other codexes was out of the question because I am lazy.  Enter the Guilliman. 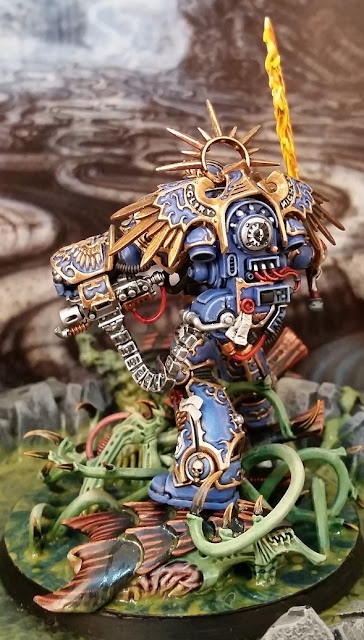 I knew I wasn't a particularly good player.  The evidence is overwhelming.  But I secretly believed that it wasn't my fault.  I was gimped by playing a sub standard army.  Yes, that was the problem!  Tyranids just don't gel like other armies.  For every advantage they get, there seems to be down side.  Swarmy is a character!  He has 12 wounds so no point in being a character.  Tervigon has endless gaunts!  They blow up when she dies.  Synapse makes them fearless!  Lose Synapse and your game stops being fun real quick. 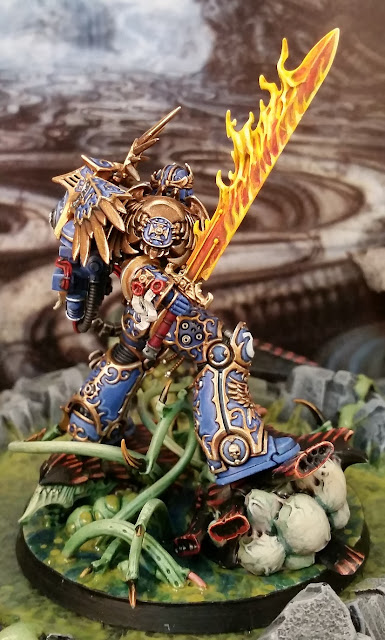 Then I got smashed to smithereens playing Space Marines.  But that wasn't my fault either!  I was playing with the starter set which wasn't exactly optimal. Or was it?  Maybe I was deluding myself.  I sat down and had a long, hard think.  What if... and this was a dangerous thought... what if I took a strong army to a tournament?  What if I took some foul smelling cheese?  Something so eye-wateringly pungent that it made my dad's feet smell like potpourri?  It wouldn't take much.  I could just retrofit the Whirlwind as a Razorback, drop the dead-weight Inceptors and unreliable Hellblasters and take Guilliman instead of a Captain.  That list is righteously noisome.  If I faced myself in some alternate universe playing this list, I would think I was a right wanker. 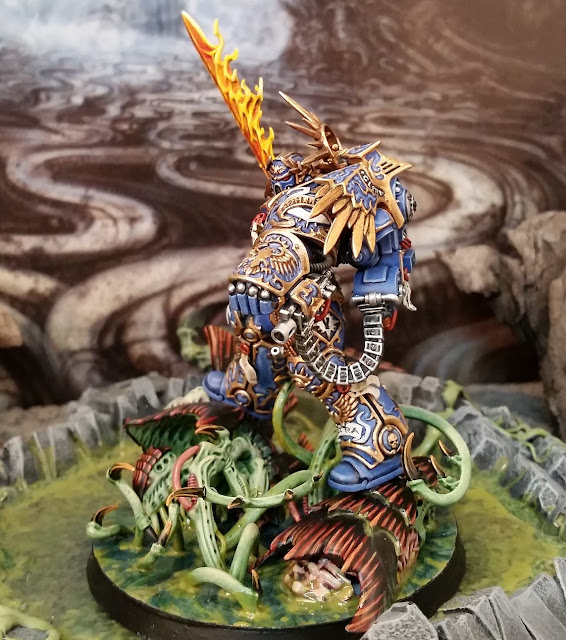 So I did it.  I didn't play many practice games (erm.. one) but I took the strongest list I could think of (models allowing) and tried my hardest to win every match.  Maybe playing games isn't just a way of relaxing after all.  They allow us to explore the less savoury side of our personality in a safe manner.  I'm frightened of failure and should get over myself and my insecurity issues.  I finally had no excuses and got to see just how good I was.  I came 14th (mid-table obscurity) and I don't think I'm uspet (still processing). No one pointed at me and called me a twat (not to my face) and now I've set the bar.  If I can achieve 13th place with a Tyranid list then I can be proud!  On the other hand I could have ruined everything because I've discovered that I like playing herohammer and watching Papa Smurf tanking an entire army.  Not sure and time will tell. 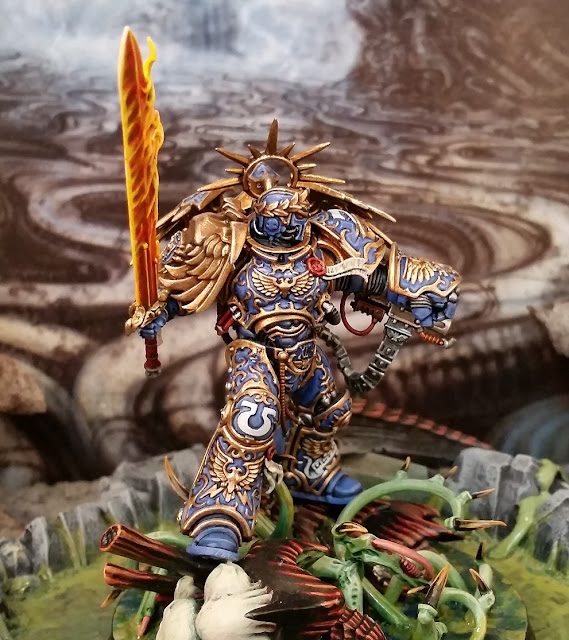 "Weighing over ten feet tall,
Feet of clay,
Head of gold.
Middle made of cannon balls,
Rumour has it,
Swallowed whole."
-  Fluke, Squirt