Bring your daemons to work day 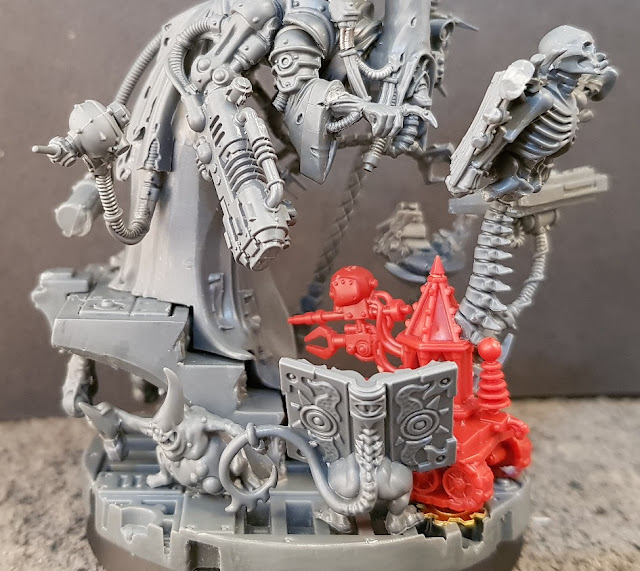 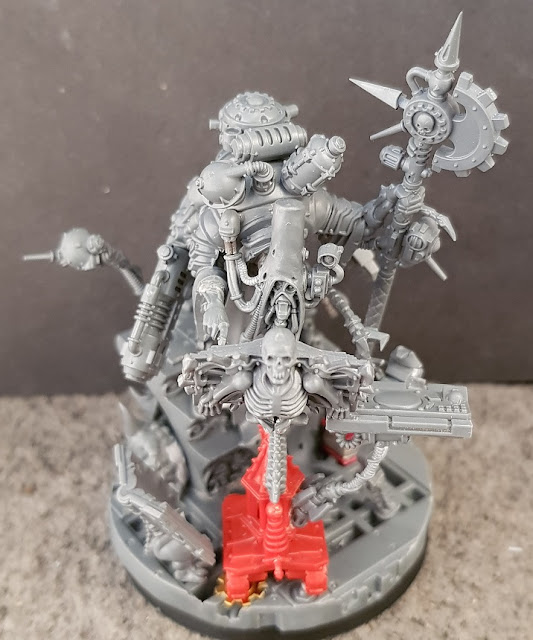 "Oh that kind of heresy would never be tolerated in such a heavily populated hive city!  So this must be in the Age of Strife or something, because The Emperor is barely mentioned at all!  Wait a minute! Farcaster network?! Teleportation is a costly and often violently catastrophic method of transportation!  What is this 'farcasting' nonsense?"

But eventually I settled in and reminded myself that the 41st millenium isn't the only science fiction/fantasy setting out there, even though it's probably my favourite. 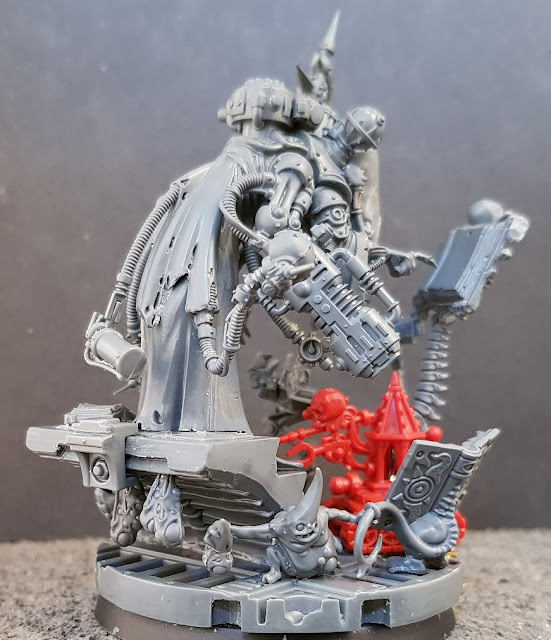 I thought that I might as well do some hobbying while I was at it, but Squaduary had left me burnt out.  I didn't feel like continuing any major projects so I unboxed my last Magos Dominus and decided to use him as a test model for the 4 legged version I made back in January. 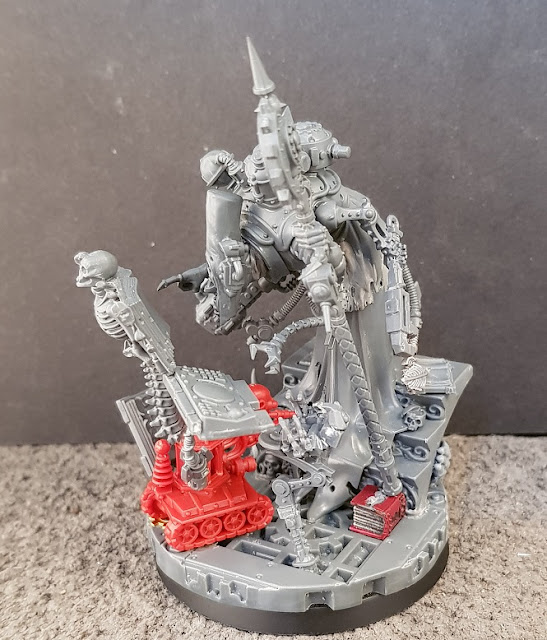 A bit of light conversion work wouldn't hurt and I cut off the walking cane to give the impression of his hand pointing at something.  This made him look like an old man trying to read a bus timetable.  So I gave him a book to read.  Which needed a book stand. The sad fate of the C.A.T., rescued from the bowels of the Space Hulk all those years ago, was to wind up in a forgotten laboratory, deep in the bowels of a heretical forgeworld.  Its once-human, almost primitive mind forcibly melded with the semi-sentient cogitation machine embedded into the structure of this defiled place. 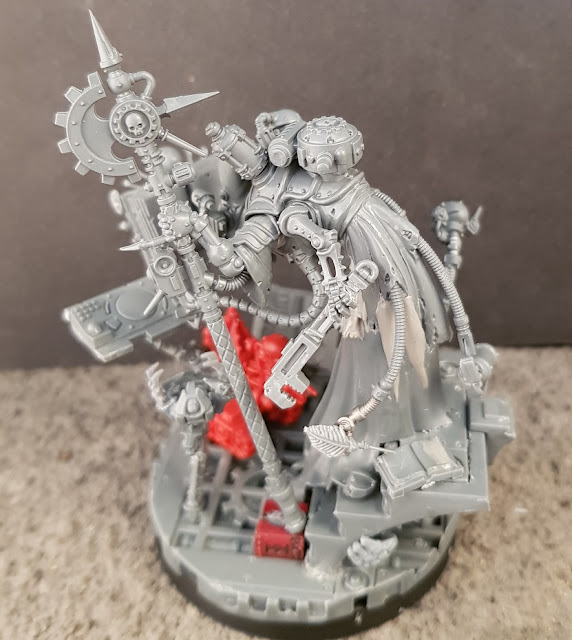 Unfortunately that hid his face and the pointing finger.  I resolved to make him taller, reaching for the tentacle maker.  But I didn't have it with me, I'd lent it to Alistair and therefore an excavation of the bits box was in order. I came across a Corpsemaster on the steps of a Mortis Engine.  Damn!  That could actually work!  Time to go down the rabbit hole. 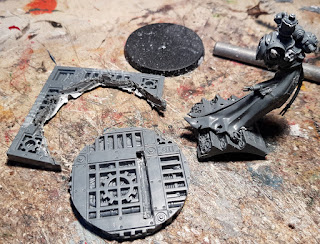 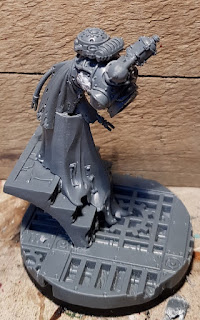 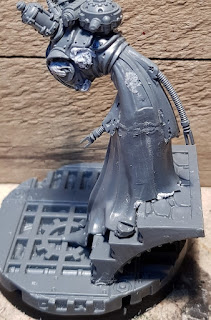 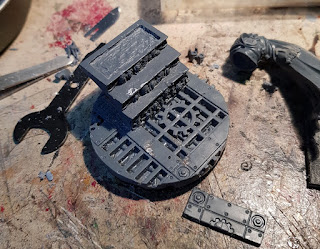 Since tentacles were off the menu, how to make the mechadendrites more interesting?  This was when I really started to have fun.  I count at least eight acts of treason on the model now.  Contravening all that is most sacred to Ordo Xenos, Malleus and Hereticus. 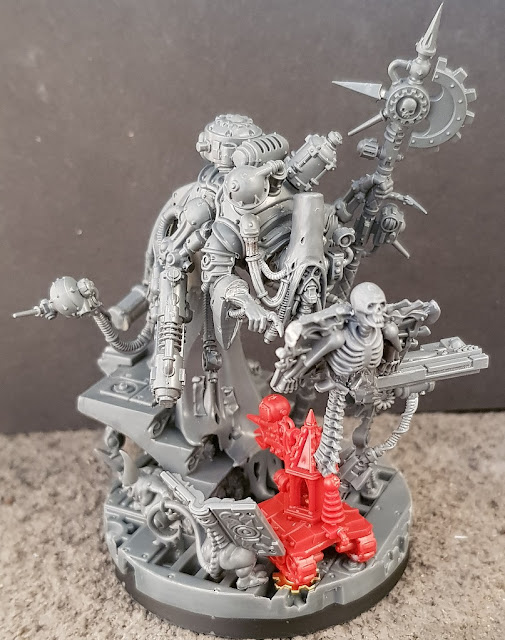 1. Consorting with daemons.
2. Use of proscribed reading materials.
3. Profaning an Inquisitorial textbook.
4. Possession of and experimentation with alien artefacts.
5. Utilisation of non-standard fire fighting equipment.
6. Possession of Nurgle tainted household tools.
7. Illegal hybridisation of cogitator and servitor core processors.
8. Innappropriate use and mutation of house plants. 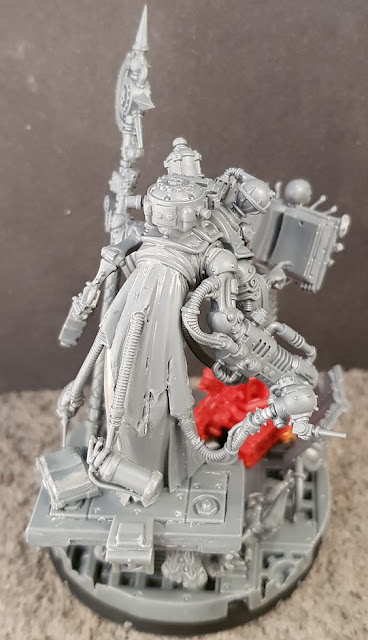 If the Inquisition happened across this poor fellow at his workstation, they'd nuke the entire site from orbit.  But he seems happy enough.  Just another day at the office.

My treemap is filling up slowly but surely.  I've signed up for Maelstrom XIII in May which will give me something to tilt at. 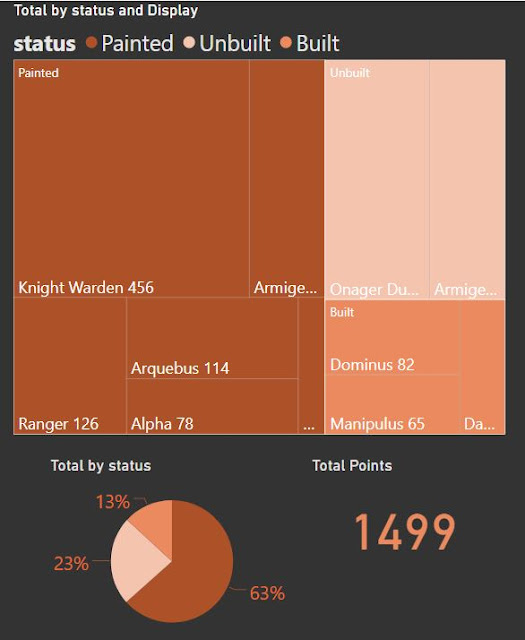