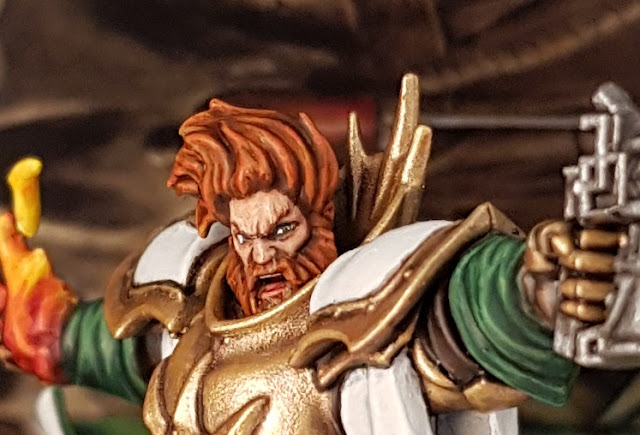 I've been playing a lot of Shadespire lately with my Curseflingers and joined the local league.  I had the odd game with Sepulchral Guard and Thorns of the Briar Queen but the drunken bards suit my play style best.  They can play aggressively or defensively depending on the situation and don't rely on 'score objective' cards.  They are also quite forgiving when I've had a few beers and have forgotten what turn it is.  Plus I'm playing in character.


I've also been playing a lot of Mechanicus which is a stupendous game and the soundtrack is so good I downloaded it to my phone.  This is the best 40k game I've played since Space Marine and GW must be doing something right when you immediately want to start an Admech army after a play session.


Additionally,  I had my first expedition into the Blackstone Fortress yesterday with Rory and Alistair which was pretty sweet.  By the end of the second combat encounter my Space Pope was almost dead and just about managed to crawl into the Maglev using destiny dice.  UR-025 was in shut down mode and Pious had 2 grievous wounds.  Alistair was playing the chicken ninja who had a chipped fingernail and a few split ends but sensibly managed to collect most of the clues.   I'm looking forward to further expeditions.


I even managed a game of Killteam which was actually a disappointment after all the hype.  Rory just ran across the board and off the other side with his Nids.  And won.  I killed a few but it was a bit underwhelming and Rory said he would rather just play a 500pt game of 40k next time.  So that was that. 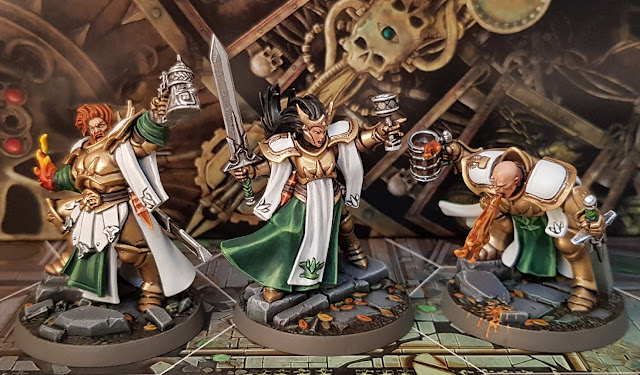 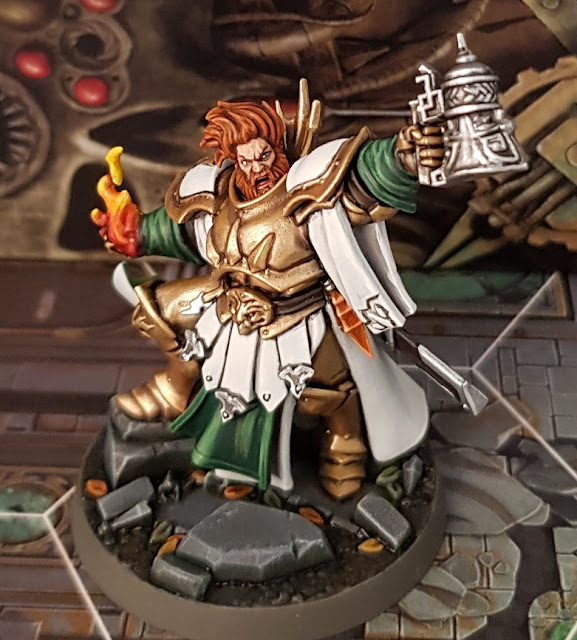 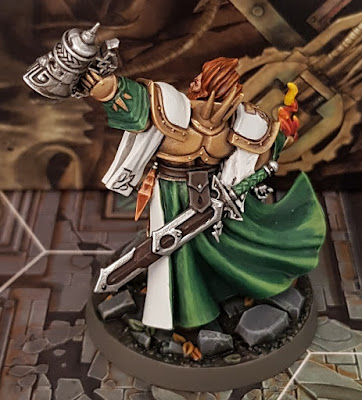 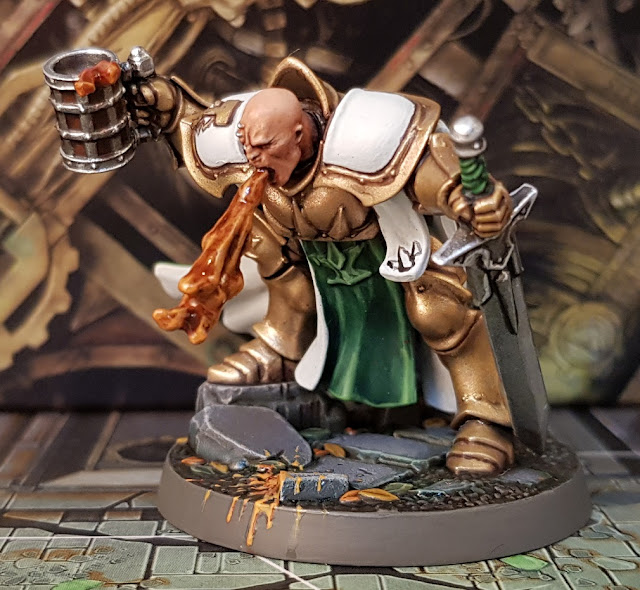 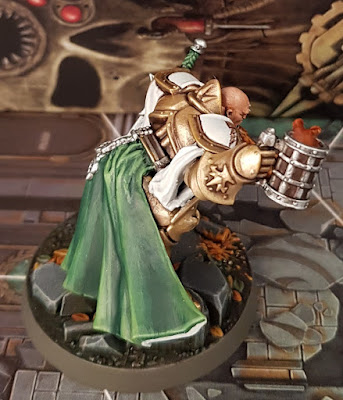 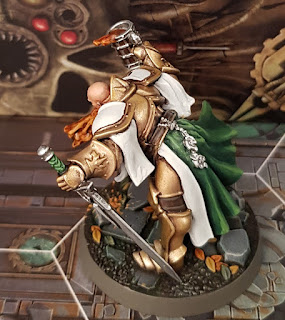 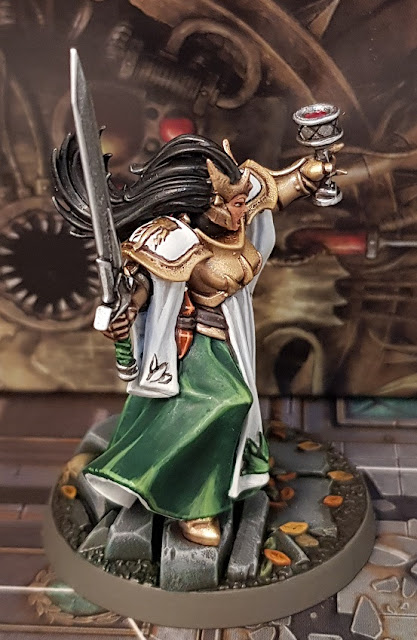 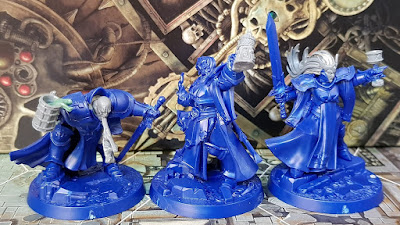 Drunken Sigmarines are ready to do battle!  To be honest I've played more games with these guys in the last 2 weeks than I have 40k in the last 2 months.  I'm just as shit at Nightvault as I am at 40k mind, but its a hell of a fun game and the beatings don't last as long.  It doesn't help that our local group plays in the pub.  Actually that does help.  It allows me to combine two of my favourite things. 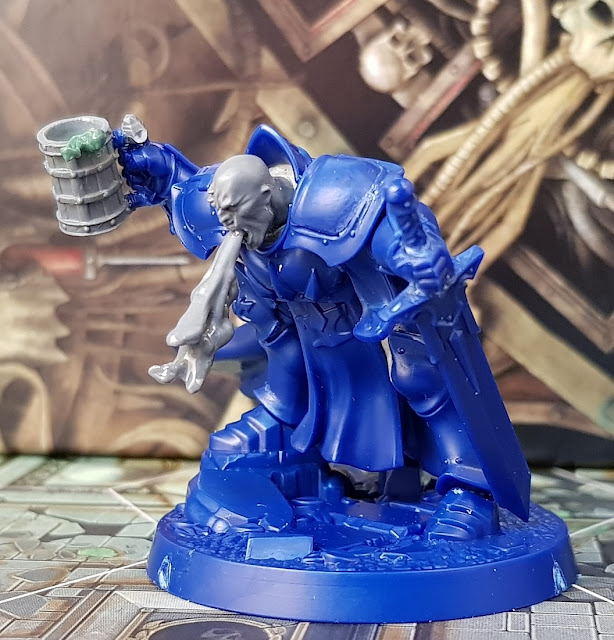 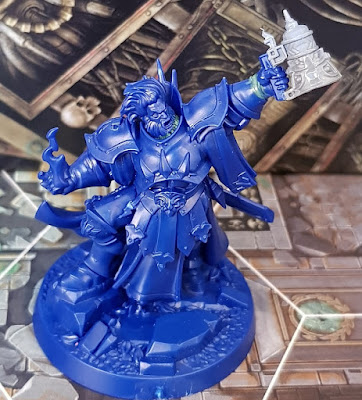 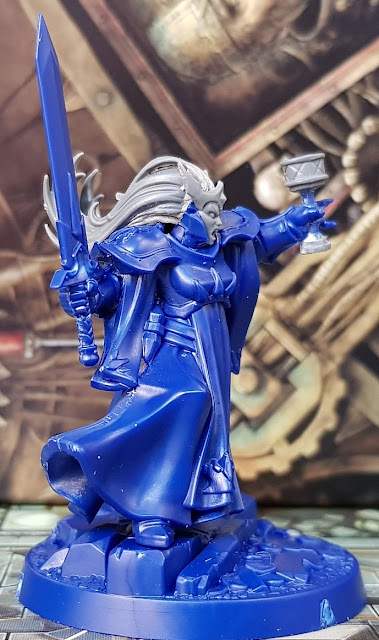 Stormsinger is carrying a lidded tankard made out of Dwarf Hammerers helmets and weapons.   Eilís has a goblet made out of a hammer head and Seamus' stein is a lantern off the back of a Mortis Engine.  I had to do some excruciating green/grey stuffing in order to repose them, especially Seamus.  I think I'll only get to see how well I did when they are fully painted. 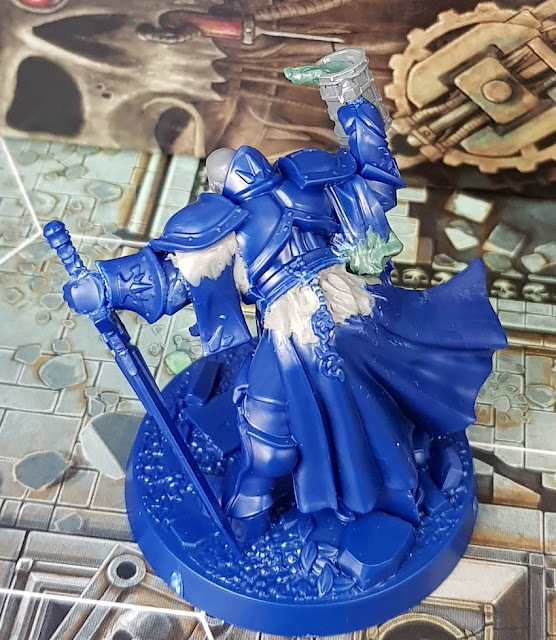 The idea is that they are a troupe of drunken bards and destroy their foes with curses so vile that they can break your will, induce catatonia or make your ears melt. The bards become intoxicated instead of inspired and if all else fails, they throw up on you. 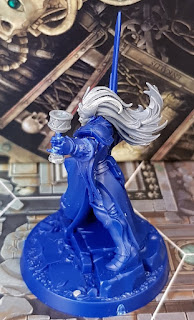 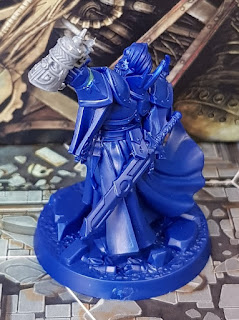 Anyway, this is a sure sign that I am still falling to Chaos. Any self respecting devotee of the Stormcast Eternals should find this intolerable.  Is there a plausible way you can depict drunken Sigmarines in the lore? I don't know why I feel the need to pervert decent models like this but it probably reveals a deep seated corruption in my soul. 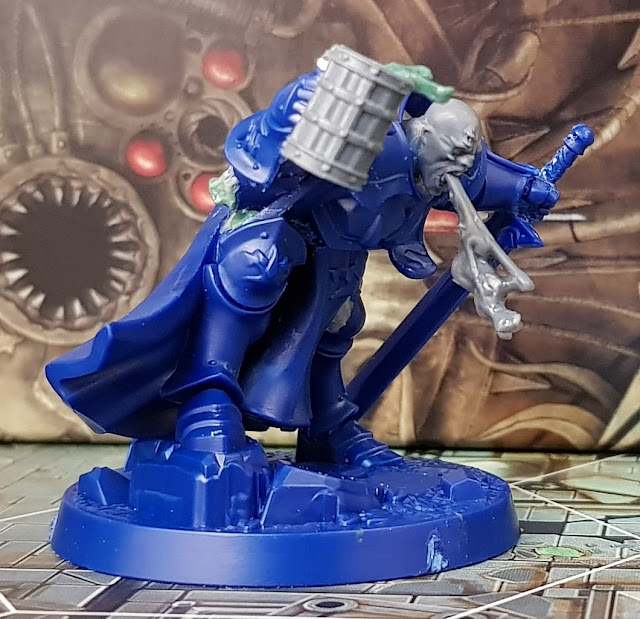