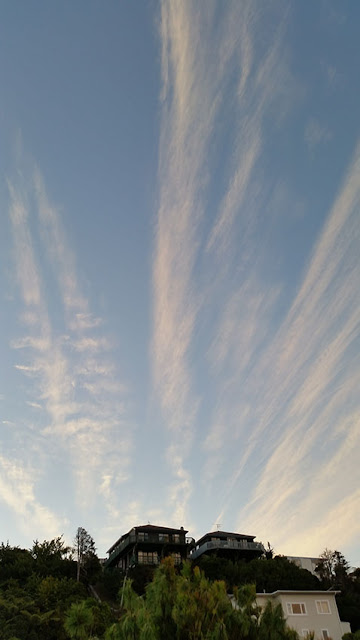 "Roland looked up and saw exactly what he expected: clouds in a line.. This was the true world, the one where no roll of the dice could ever be taken back, the one closest to the Dark Tower.  And they were still on the Path of the Beam." - Song of Susannah, Stephen King
I was listening to this bit of the Dark Tower series on audio book when I just happened to look up and do a double-take (followed by a photograph.  I swear, if the world was about to end then 80% of the population would take out their phones and video it).  Right, so its not exactly mind blowing and if this is 'The Path of the Beam' then the nexus of all worlds is somewhere in Australia which hardly seems likely but I thought it was pretty, at any rate. 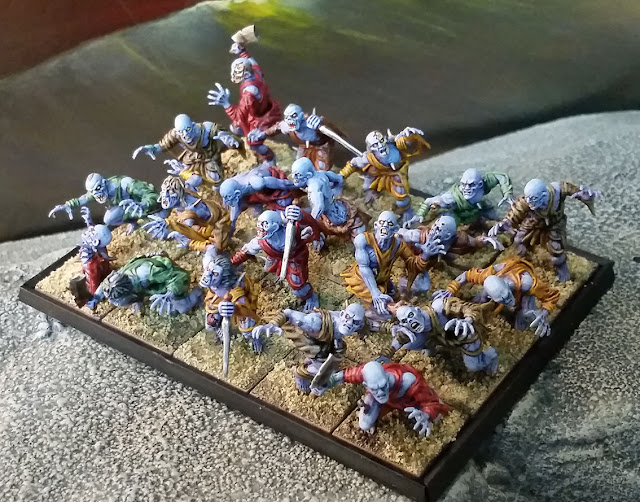 Also, I've been painting ghouls.  I deliberately switched around a few body parts with the zombie kit.  There are a couple of extra weapon options but only 2 different types of body/legs and only 3 heads on the ghoul sprue.  There just isn't as much variety in the kit and it gets a bit samey.  Time to be creative. 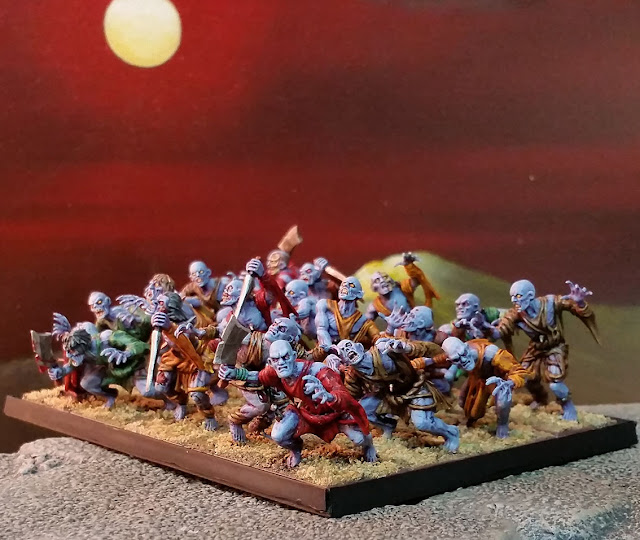 There is an ulterior motive too.  I painted them with very similar colours to the zombies although I used a purple base.  I want to be able to mix and match my zombies and ghouls, playing them either/or, so it provides variety but saves me having to paint twice as many models. 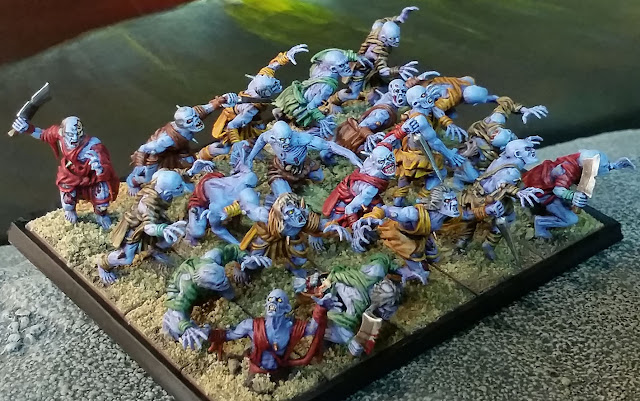 I've got my first competitive games on Saturday at The Warlords Super Series.   I looked at a few of the lists and realised that I'm probably going to be bludgeoned to death like a small marine mammal.  (Hordes of Paladin Knights?!  Were they trained by Kaldor Draigo?!).  I've not even played a 2000pt game yet, but as my grandmother was fond of saying, "There's nowt like learning the hard way".

At least I've finished building the models and the movement trays (for the tournament at least).  My Werewolves look a bit dodgy on their blu-tac bases and need quite a bit of green stuffing but that's a different story.  I've still got a whole regiment of cavalry, a troop of mummies, a necromancer and 40 skellies in the box but I just can't face it.  I am replete.  Absolutely stuffed.  I never thought I'd look at a box of unassembled models in my life with anything other than naked avarice, but my cup overfloweth with the Mantic Undead Mega Army.  I need a break from the gluttony. Except... except! Games Workshop is discontinuing their Tomb Kings line and I absolutely must buy a Skeleton Warrior kit (bows and shields) as well as Prince Apophas before they disappear forever! 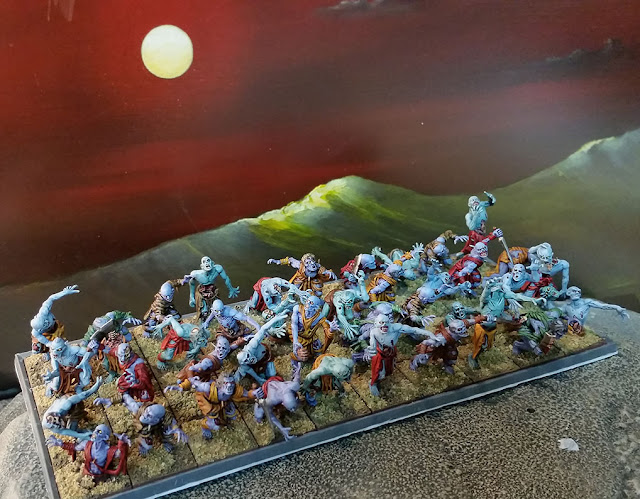 Here are the ghouls mixed in with the zombies to create a horde. I've built yet another zombie horde to go with this one and should probably get on and paint it before Saturday.  Ah, who am I kidding.  I will be taking more or less a grey tide to the games this weekend.  Shameful, I know.
Posted by Monkeychuka at 21:02
Email ThisBlogThis!Share to TwitterShare to FacebookShare to Pinterest
Labels: Fantasy, Ghouls, Kings of War