Suffering from a chest infection and can't summon the will to paint.  I had already finished another Biovore conversion from my spare Carnifex kit parts and decided to post how I did it.  These are the bits I used: 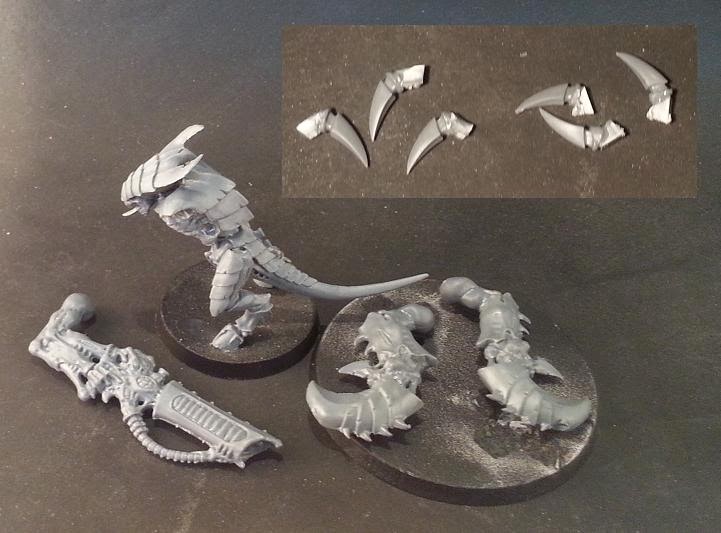 An old Warrior with his arms pulled off. A Stranglethorn Cannon + Crushing Claws from Carnifex kit and some spikes from the Trygon kit.  I also needed  a bigger base than the one supplied with Warriors.  I'm not actually sure what size a Biovore is supposed to use.  In this case I'm using a 60mm Dreadnought base.

You can get spare crushing claws from the Tervigon or Hive Guard kit too and Stranglethorn Cannons come with the Warrior and Hive Tyrant kits.  So its likely you have a few lying around.  Note that the Tervigon Crushing Claws are a little bit bigger than the others, but still usable.  Trygon spikes can be made out of sprues in a pinch and I've modified mine to make them bend over more.

I also boiled the Warrior body until it was pliable and bent his tail round. 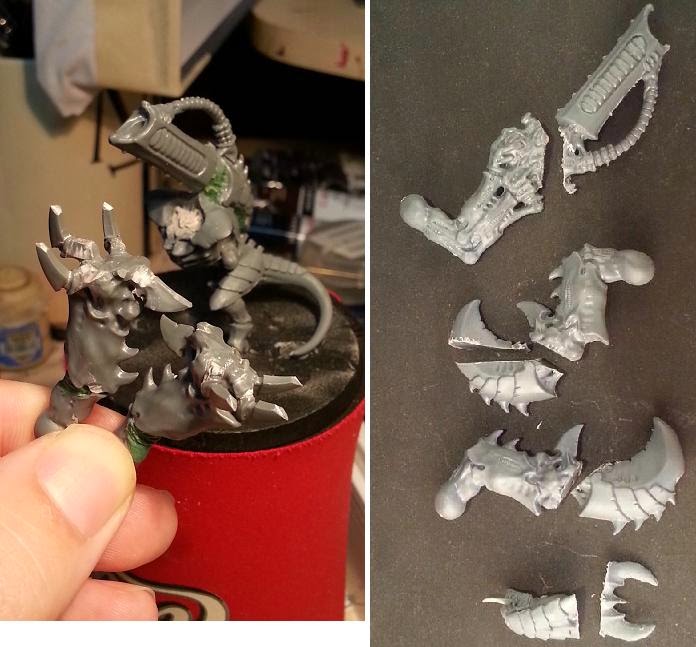 I cut off the crest of the warrior head and carved the end to make it smaller and able to fit.  The front of the Crushing Claws were removed but I kept the top carapace side of one claw (middle claw in right pic above).  This becomes the 'backpack' for the barrel of the Stranglethorn Cannon to fit into.  I glued the Trygon spikes onto the end of the arms to create 3 'finger' claws.  I kept the small end of the original Crushing Claw as a 'thumb'. 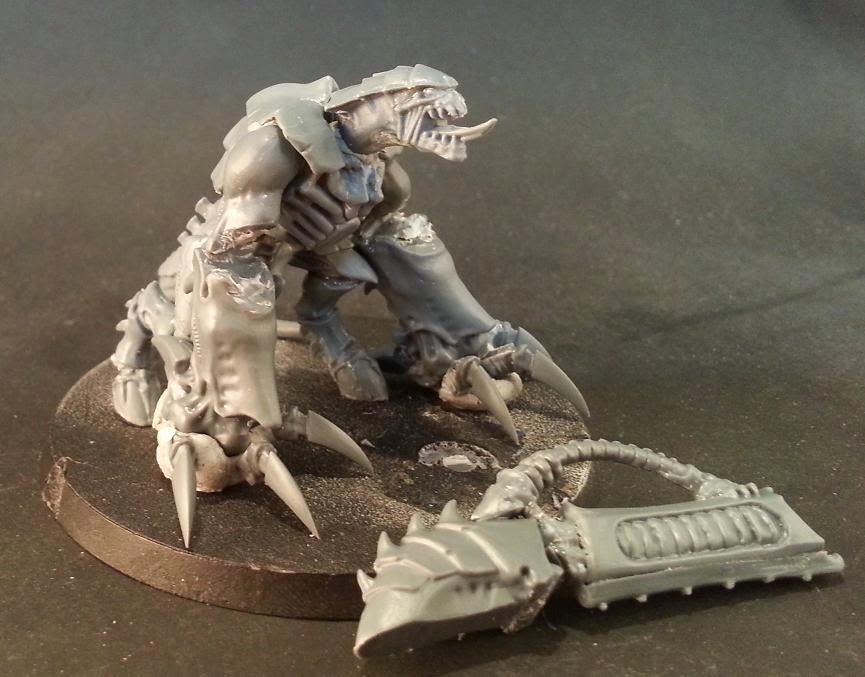 I then spent a fair amount of time re-positioning everything and using blu-tac to test how it looked before gluing.  In this case, I wanted to straighten the arms out, but you don't have to (see my original conversions).  I also had to do a fair bit of carving on the back of the creature and the 'backpack' to make them fit snugly.  When in doubt I just slapped green stuff on to fill in gaps.  However, more patient and exacting converters could make it fit with just glue and a craft knife.


Finally, I clipped it's nails.  I wanted the end of the claws to look like they were sinking into the base.  The idea is that the Biovore uses it's huge front claws to secure itself firmly to the ground to lessen the recoil of the Spore Mine Launcher.
Posted by Monkeychuka at 14:56