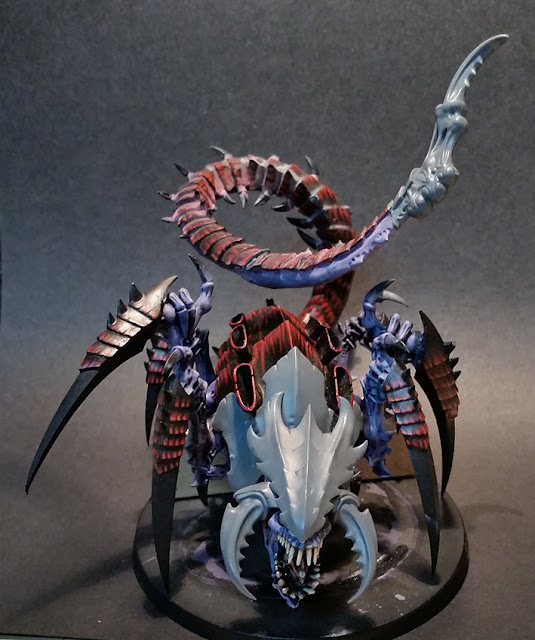 So, as usual when I have a ton of painting to do, I lose interest or get distracted.  This is one reason to enter competitions.  It focuses the mind and provides a deadline; you get shit done.  When you only have a vague urge to complete a project, the temporising starts. 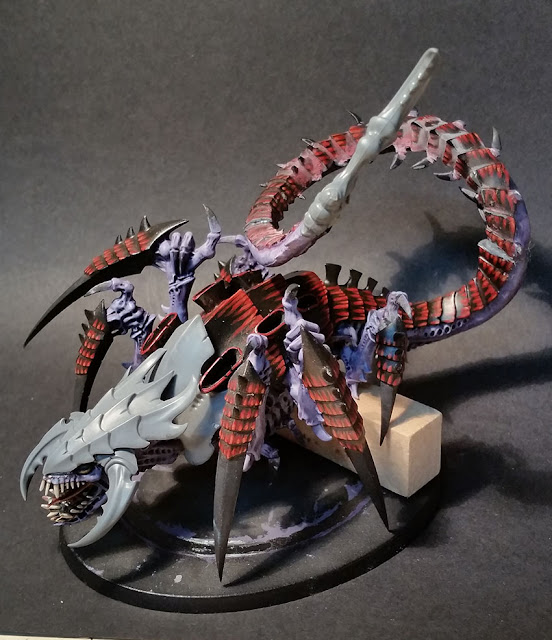 Whilst staring indifferently at my uncompleted Necron army the other day, I suddenly realised that what I really needed to do was throw my Trygon into a digestion pool and see what would be birthed on the other side.  It seemed a much more interesting activity than say, painting a squillion Necrons. 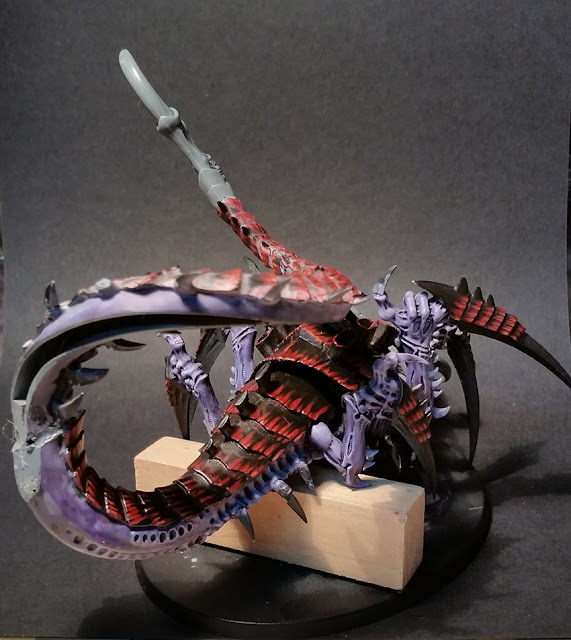 So I dismantled my fully built and half painted Trygon prime.  Because, you know, I really need Trygons.  I haven't played Nids for 6 months and I haven't fielded a Trygon for 3 years.  Nevertheless, it was imperative that I customise him immediately.  The poor bugger was boiled, snapped, sawn, fused and melted in a frenzy of procrastination. This is what I ended up with.  Needs a lot of green stuffing, methinks. 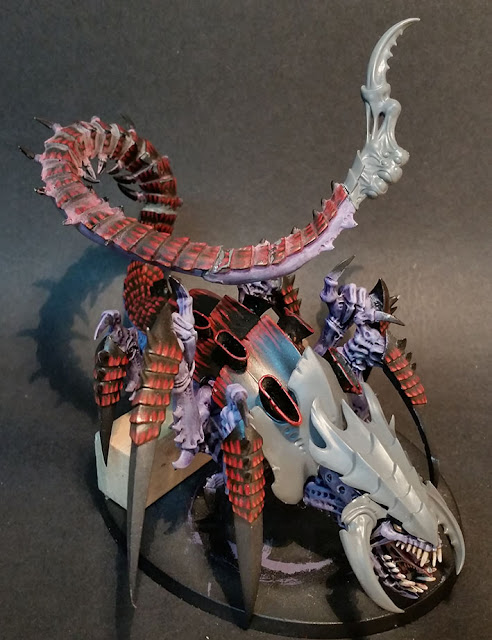 One unexpected benefit of this butchery is that the new pose has a much lower profile.  Modelling for advantage never looked so good (tails are invisible in 40k.  See page 14 'line of sight'.  We should model all our Tyranids as just wings attached to a tail).  I can actually hide the creature behind scenery and sneak him up the board.  This could change the face of Tyranid list building as we know it.  Stealth Trygon FTW! 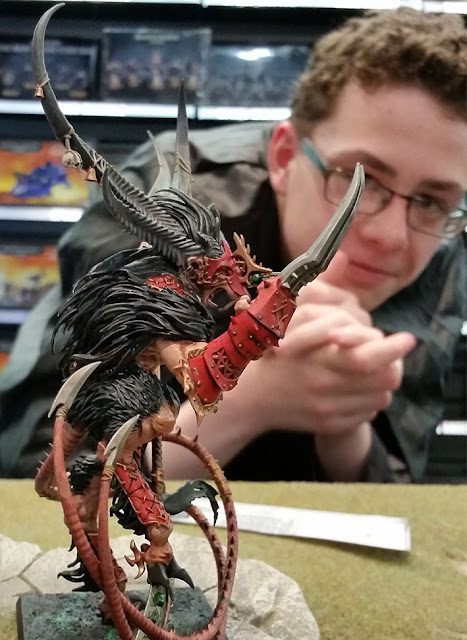 In other news, I robbed young Fraser McConnell of victory at Armies on Parade on Saturday.  If his aunt and uncle had come in half an hour earlier to vote, I think he might have gotten gold.  Aside from the fact that his army was beautifully painted and I know his father very well, he was the only entrant who turned up in character, wearing a cape and muttering occasional curses in Skaven.  I feel like a monster. 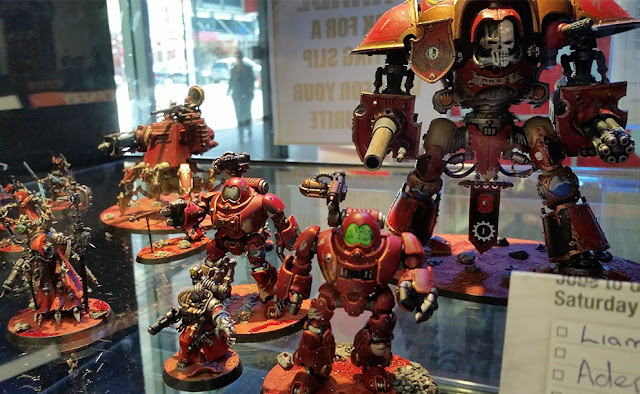 There was a rather tasty Ad Mech army there too.