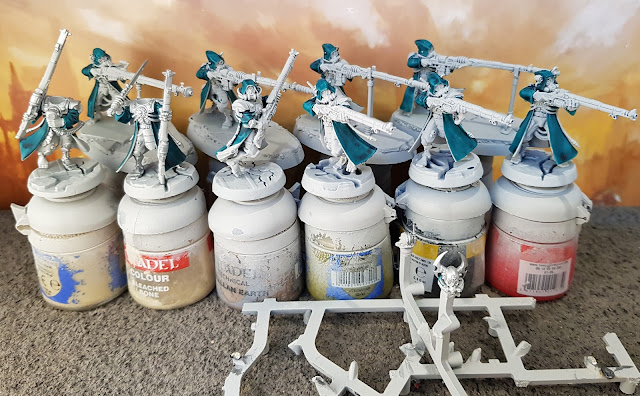 'Finally Finished'.  You see that expression all the time on forums and social media.  "Hey guys, I finally finished my <<insert latest project here>>!".  I try to avoid using it, because somehow it implies that I wasn't going to finish or that I didn't really want to.  Or that it took so goddamn long to finish that I secretly wish I hadn't started.  But in this case it's appropriate.  I finally finished my second batch of Skitarii!

Except I haven't really finished because there's a 3rd batch to go.  I have to admit it's a bit of a chore now.  I thought about making the Squaduary pledge to keep the momentum going but I'd started this project in January so it was more or less cheating.  However, Thousand Eyes from Stepping Between Games was kind enough to let me join in and the final 10 Skitarii were not even built until last week so they definitely count.  Most other people who have pledged a squad are still in the early stages of  painting (apart from DAM who appears to be nearly finished, dam him) so that puts my troops at about the same level.  It should be good and having a deadline will help me get across the line before the dreaded hobby ennui kicks in. 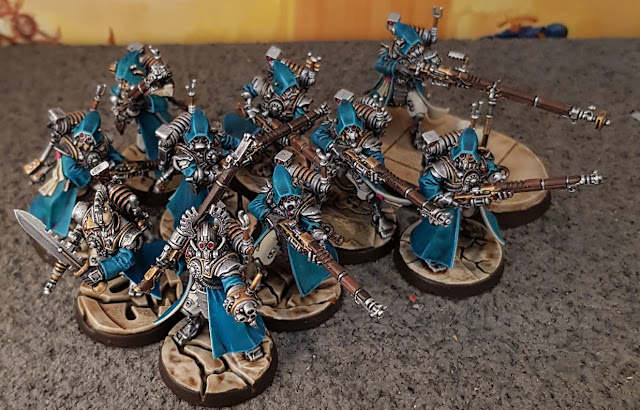 I converted 3 Transonic Aruquebus rifles for this batch, taking the total up to 6.  I didn't want to waste time and money with a faithful re-creation so they were cobbled together almost entirely using spare parts from the box.  The stock, receiver and muzzle/sights are made from Radium Carbines. I've got lots of these spare since I didn't build any Vanguard.  The main barrel is from a Galvanic Rifle and the monopod stands are taser goads.  I used bolt pistol magazines for the ammunition clips. 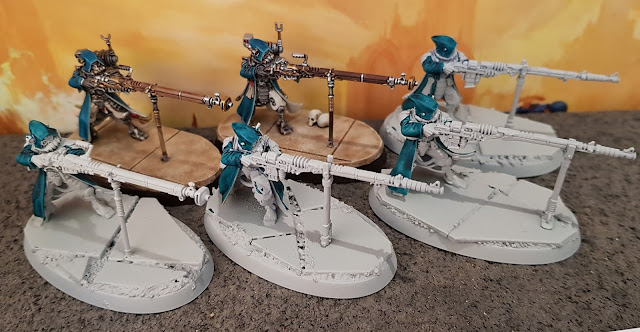 My spreadsheet has been audited by the Holy Inquisition and is telling the stark truth again.  But I feel motivated to finally finish!  The troops, at any rate. 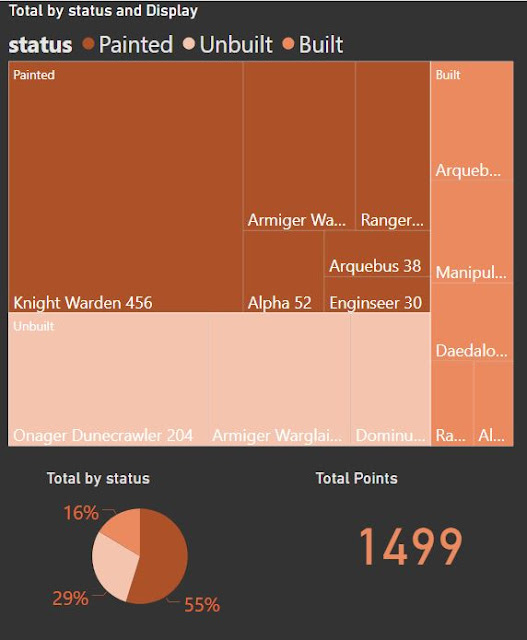 So week 3 is fine detailing.  With Contrast Paint.  Marvellous! 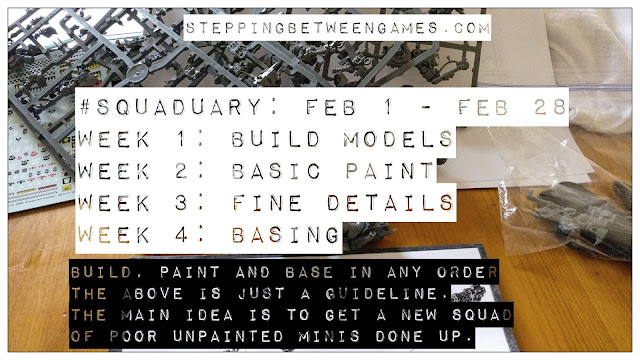