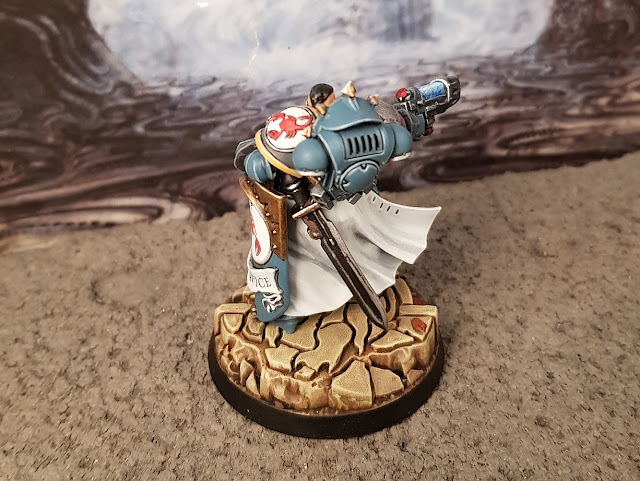 I forgot to give her a sword.  So now she's got one.

I wouldn't class it as a relic or even master-crafted weapon but rules don't matter on this model so it is a venial sin rather than a mortal one.  A venial sin only weakens the soul.  In order to atone for my sins I imposed a penance of 'no converting' on the rest of the marines in the army. 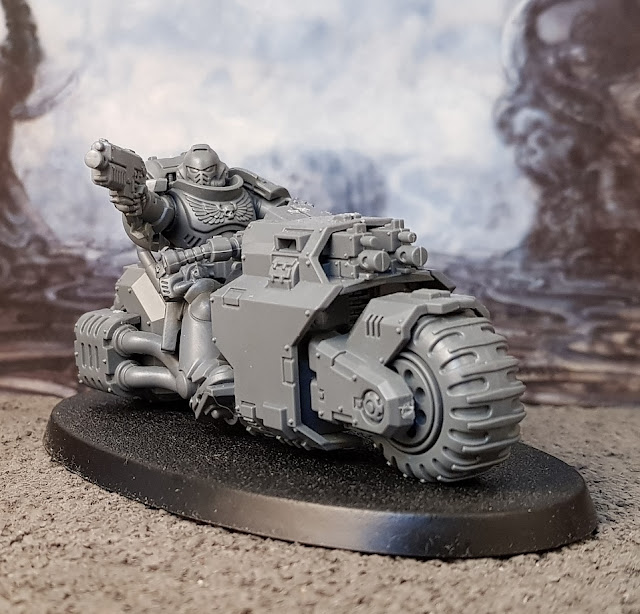 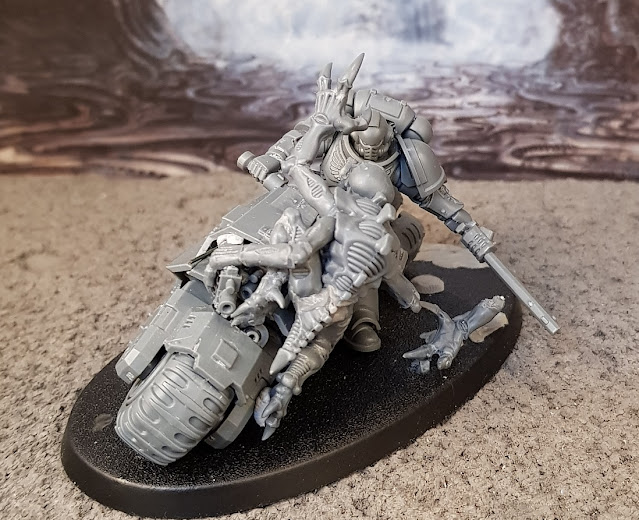 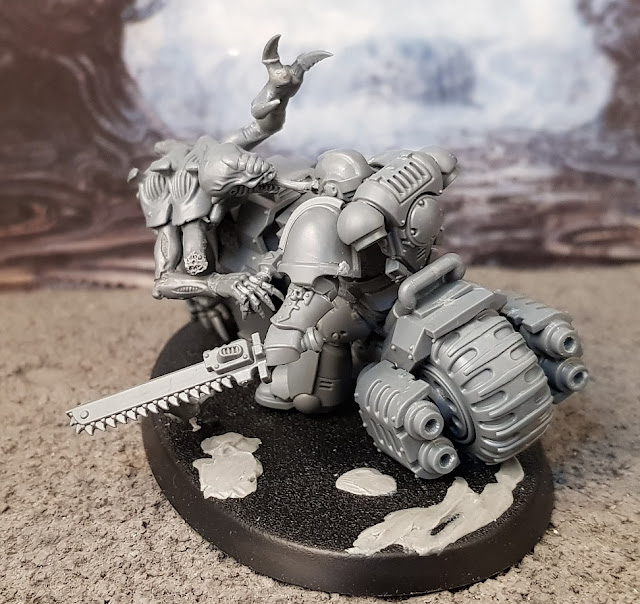 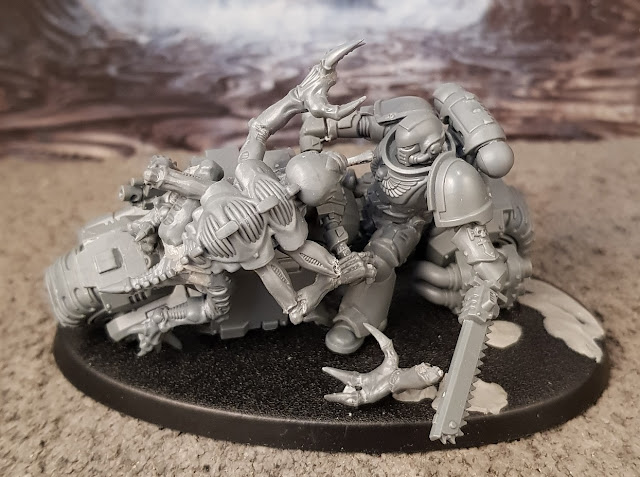 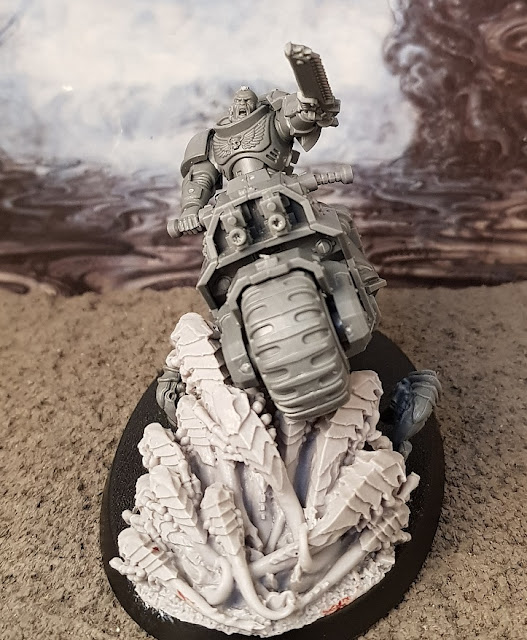 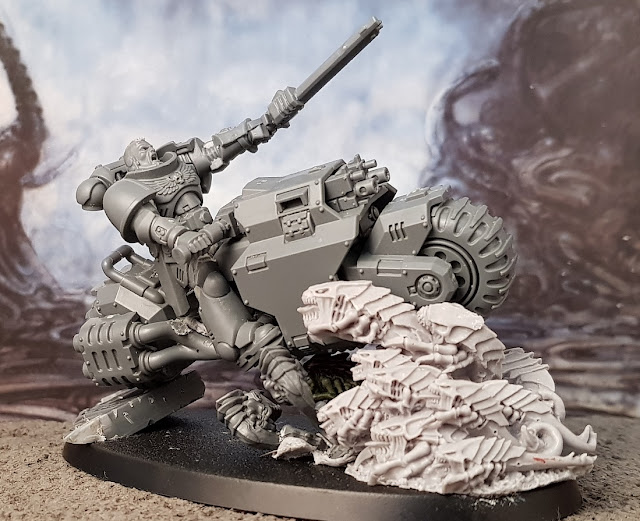 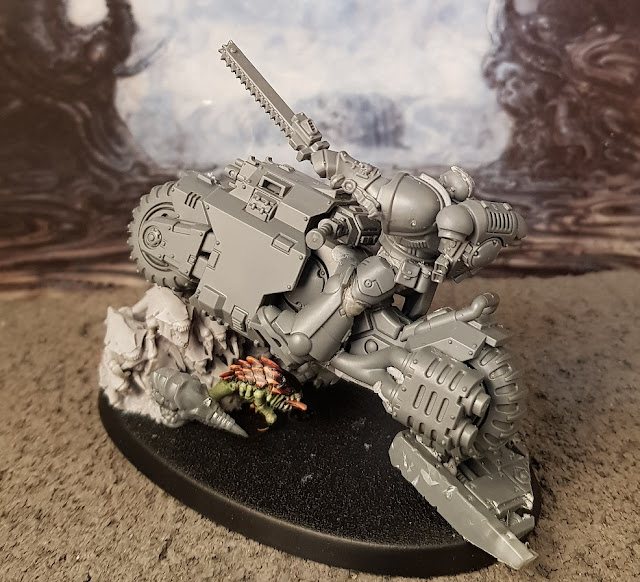 Posted by Monkeychuka at 21:20
Email ThisBlogThis!Share to TwitterShare to FacebookShare to Pinterest
Labels: conversion, Red Scorpions