Crane added to the Manufactork as per client instructions:


I wasn't sure where to start.  I had been given a WWII Pontoon bridge and the steel lattice frame definitely seemed usable but I kept playing with the boats and not actually doing anything.   I needed something to make it Orky.  So I started with an Ork.


The crane driver was pretty easy.  I just reversed the axe on an Ork Boy, cut the gun off and did a bit of reposing with grey stuff.   I gave his boots soles because he is going to be pushing foot pedals. I didn't tell my son that he had sacrificed one of his troops to the cause.  He gets enough free stuff as it is. 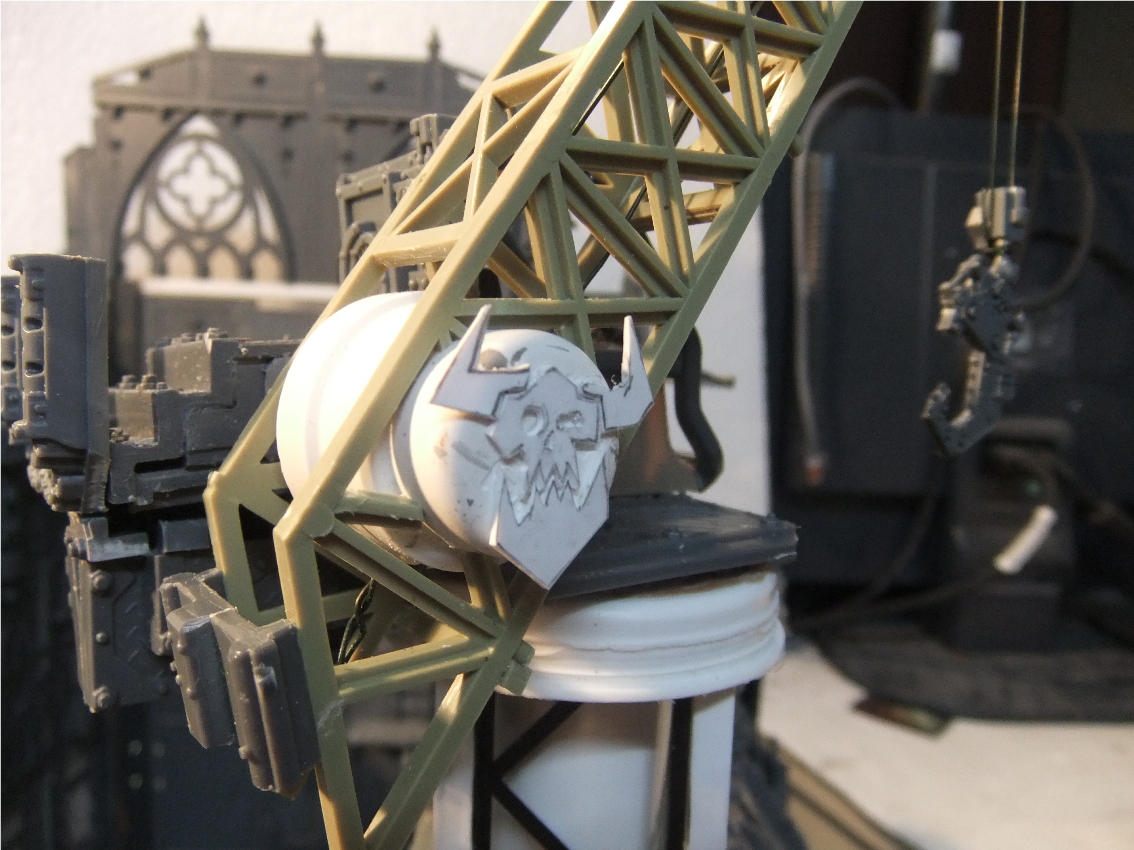 I sketched out an Orky head on plasticard and put this on the model too.  It handily disguises the inscription telling you that the side of the hoist is actually a 15mm polyethylene plumbing cap.  The cab and engine just sort of evolved around the driver, being mostly old sprues.

The Pontoon bridge became the boom.  I used wire for the cabling and a bit of Killa Kan claw for the block and hook.  The crane can swivel around and the boom moves up and down.  Its not technically accurate and could do with a boom line and counterweight but this is Ork technology dammit.  They use rocks for spaceships.  Does that seem technically accurate to you?


Now I have to figure out what to do with the Skyshield Landing Pad.  This will be difficult since I hate the model as well as the rules for it and it no longer fits on the top of the building.
Posted by Monkeychuka at 00:07
Email ThisBlogThis!Share to TwitterShare to FacebookShare to Pinterest
Labels: Orks, terrain