Stage two commences with the emergence of Spore Chimneys.  I wasn't even sure what Spore Chimneys were when I started making them to be honest (kept getting them mixed up with Capillary Towers).  I've ordered Imperial Armour 4 - The Anphelion Project which originally explains their purpose.  However, the book is in its 2nd Edition now and Forgeworld no longer produce the model so they have probably been retconned out of existence.  I'll find out soon enough.  I also ordered some Red Scorpions shoulder pads which could turn out to be a financially costly mistake.  Once you pop, you can't stop. 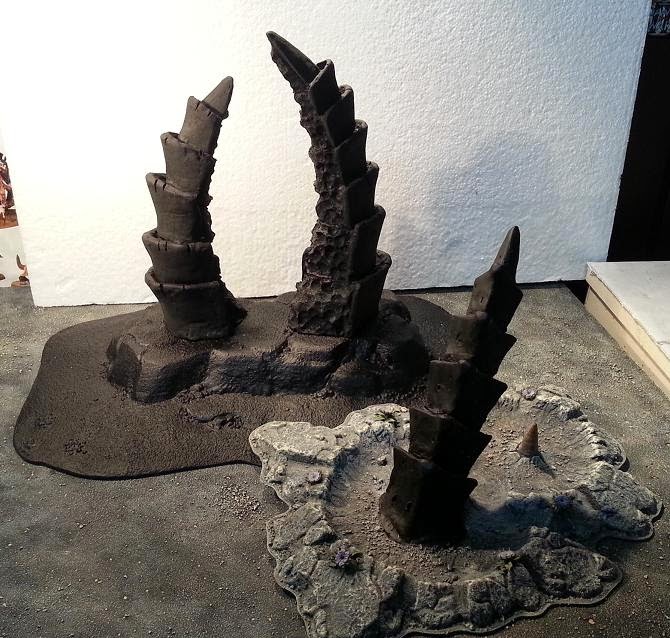 Regardless, I believe that Spore Chimneys are basically Niddy trees with a rather catastrophic reproductive cycle. I built the first one about two years ago out of modelling clay.  I then partially destroyed it and left it in a cupboard for another year.  However, it only really needed sanding down and re-priming to be usable again.  It looked a bit pathetic on its own so I decided to build some more.  I started with an old hill that Nathan from GW generously donated. 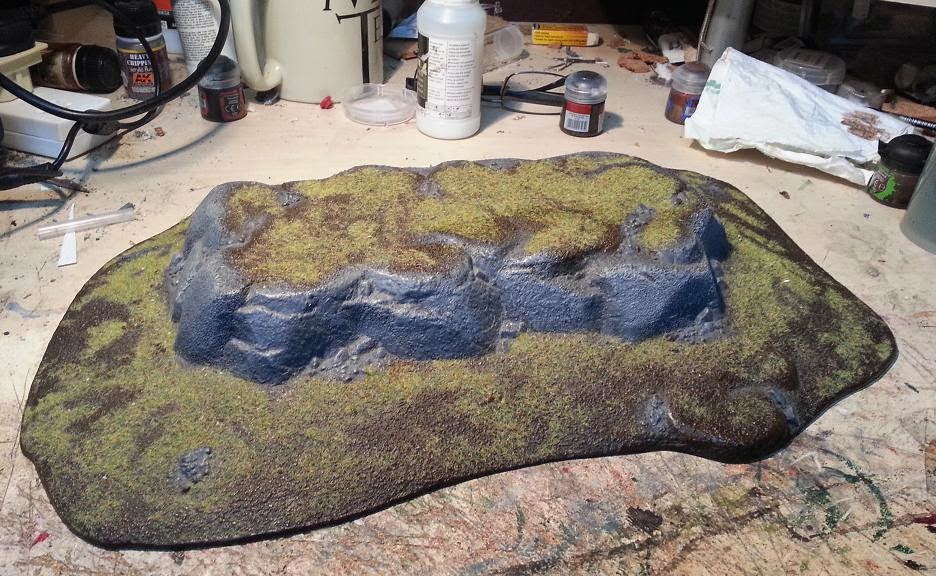 I stripped all the static grass off it first and made the chimneys from Extruded Polystyrene Insulation Foam. Polystyrene is much quicker to work with than modelling clay.  Except when you start drilling and filing with a Dremel and inhaling the dust and then your Dremel breaks and you electrocute yourself because you forgot to unplug it when you took it apart to clear the vents and now your Dremel is permanently broken. 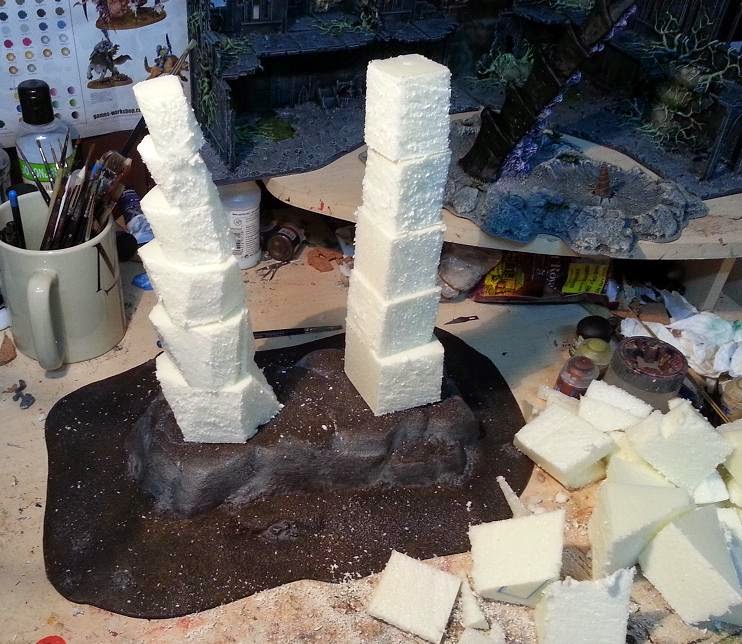 Anyhoo, I finished them off with good old fashioned files, emery boards and a craft knife.  The carapace parts were liberally coated with PVA glue, so that they wouldn't melt when primed and the 'fleshy' parts left bare so that the Chaos Black primer could work it's magic. My son pointed out that they look like an Oblivion gate in the Elder Scrolls game of the same name.  Strangely, this pleased me. 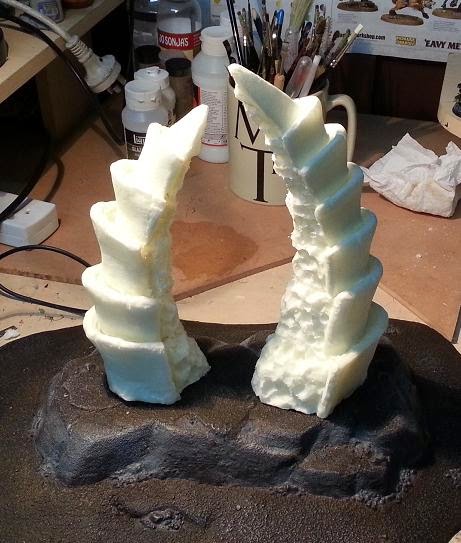