Just read a post on The Tyranid Hive which asks the question Haven't we all invented a Nid unit at some point?  I was absolutely mortified to answer: "No, well not really.  I've converted lots of stuff with rules and no models but never actually had the imagination to do something completely different". 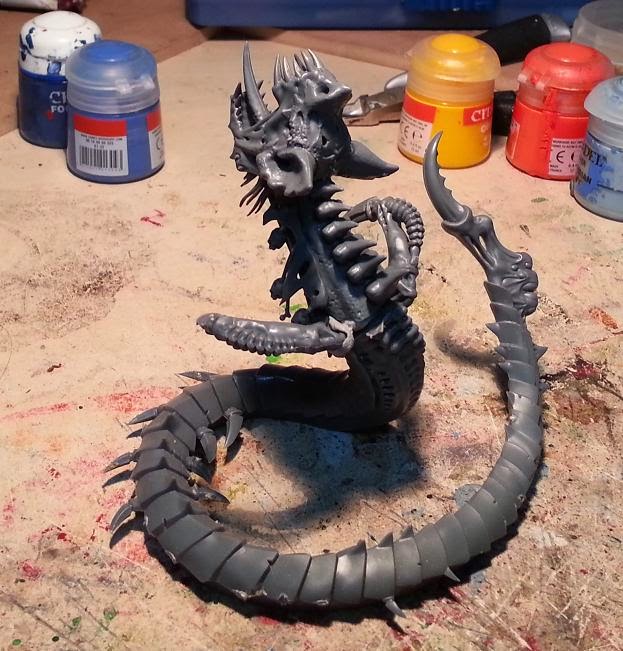 This will never do!! So after several bottles of wine and much self recrimination about being a WAAC gamer I present the 'Vermis Giganticus'.  Its exactly the same as a ripper base but it gets 'Move Through Cover'. 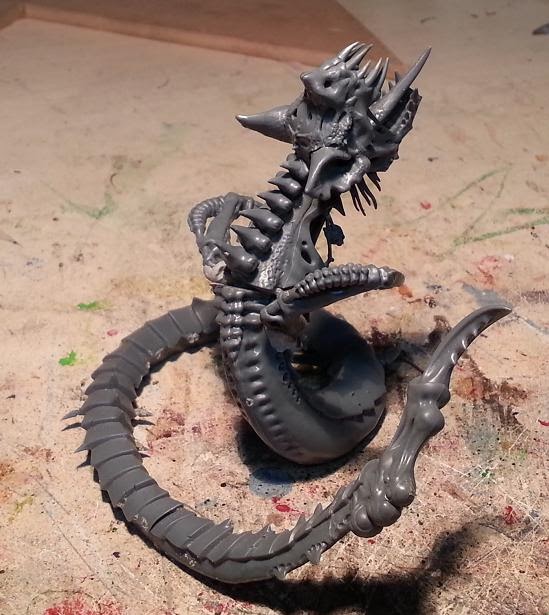 Ok, so its only blu tacced but I'm pissed and not feeling very manually dexterous tonight.  I promise faithfully to actually build and paint it at some point.  Cross my heart and hope to die.  Yeah, right.   Drinking and hobbying is baaad, mmmkay kids?
Posted by Monkeychuka at 00:36