Caving in to Contrast 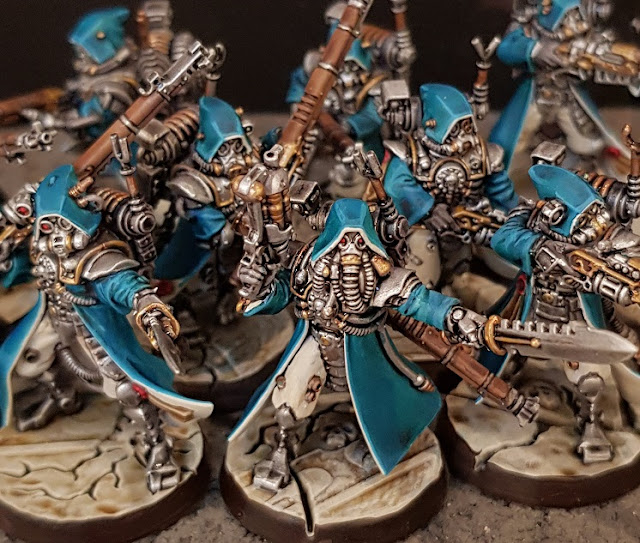 I'm a contrary git when you get right down to it.  I often have a perverse desire to do the opposite of what I'm told and sometimes cut my nose off just to spite my face.  When all the hype surrounding the release of contrast paint was hosed directly into my hobby feed for months on end, my knee jerk reaction was to completely ignore it and buy more models instead.  I doubt that GW were particularly concerned about this decision and I was still spending money on their product in one form or another anyway.

However, now that the furore has died down and everyone has made their mind up, I feel a perverse desire to try it out.  The fact that I need to build and paint 30 Skitarii for my Dark Mech army may also have been a contributing factor.  The thought of painting so many models which (at the time) I didn't think were all that interesting left me cold.  My previous attempts to paint entire blocks of troops for various armies has produced mixed results.  I still haven't painted all my shitty Termagants for the Tyranid army and hate those gribblies to this day.  Buying 96 more or less identical models and having to build and paint them is completely overfacing.  Choosing a bad colour scheme and having to start all over again is beyond the pale.  I liked the colours for my Zombies in the Kings Of War undead army but again I bought too many models and bit off more than I could chew. 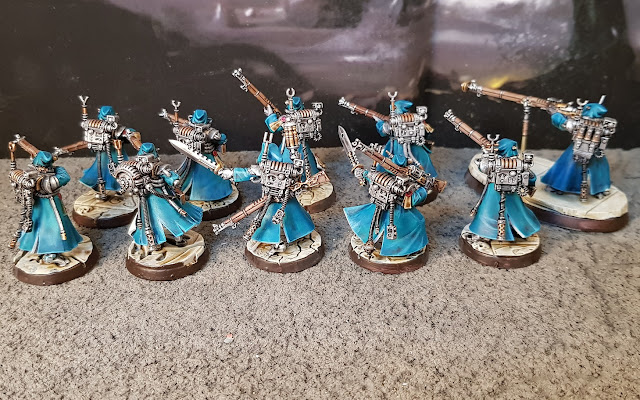 I really liked the colour scheme for my Space Marine army.  However, edge highlighting every single footsoldier nearly drove me insane.  I have no desire to do any more and think I set the quality bar too high.  The Necrons were a success and my carefully planned and scheduled speed painting exercise worked out well.  But painting a Necron army in two colours isn't particularly exciting and I went for a rusty effect in order to hide mistakes.  The end result makes the whole thing look drab. 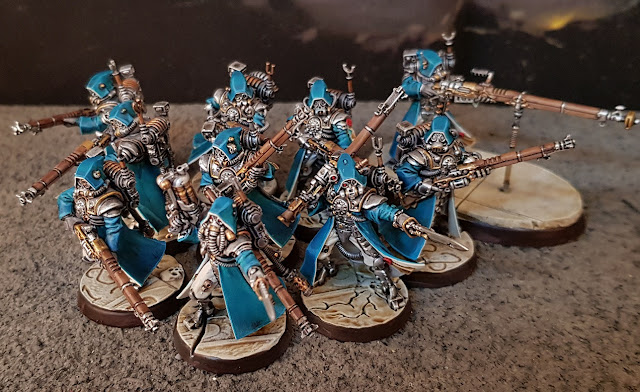 Therefore, it was time to try something new. The vibrant colours and 'one thick coat' approach of contrast paint seemed like it would both save time and produce something pretty.

The 'Teal' contrast scheme on the Citadel paint app caught my eye.  The spear carriers of Helforge Monkeychuka will march into battle wearing turquoise!  It doesn't match the paint scheme of my vehicles but it's close enough.  I did a test model which seemed alright and ended up painting 10 of them. 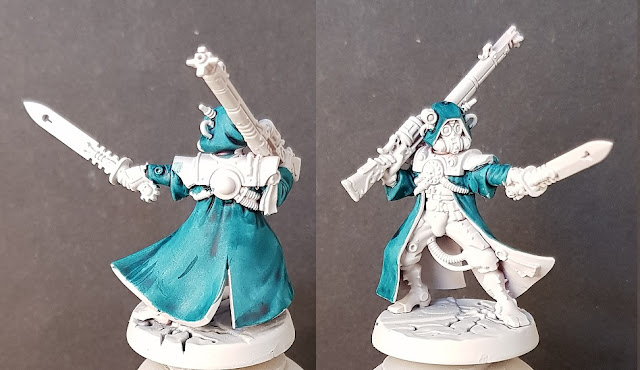 Based with Grey Seer, one thick coat of  Terradon Turquoise is added to the cloak. 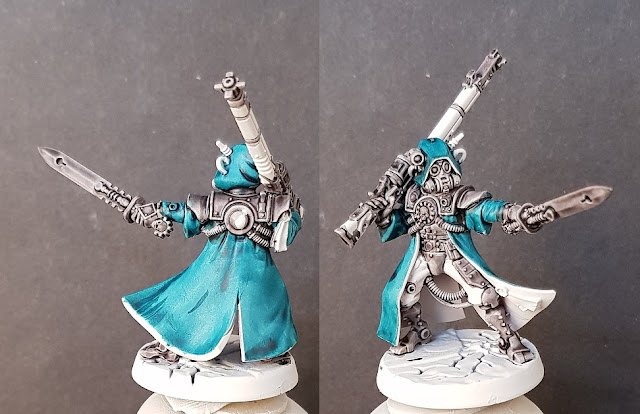 One thick coat of Basilicanum Grey is added to the metal parts. 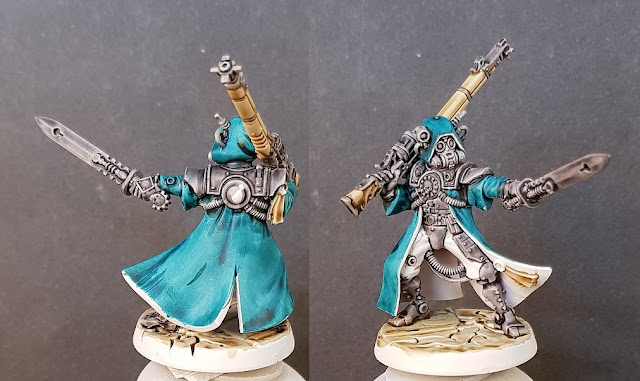 One thick coat of Skeleton Horde is added to the rifle, base and purity seal. 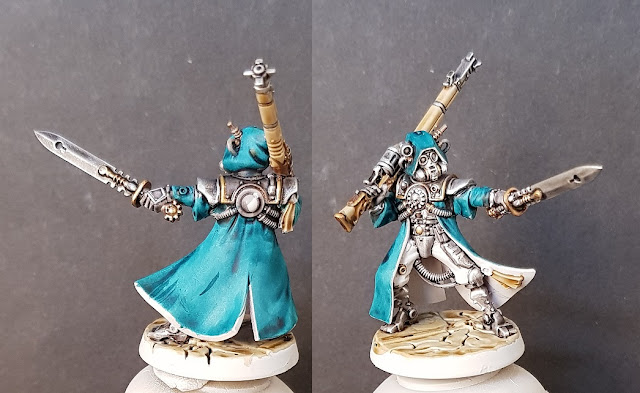 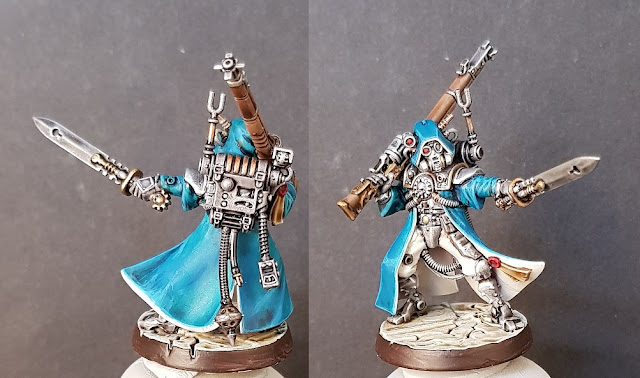 Once I started to build the Skitarii I quickly warmed to them.  There's lots of options in the kit even though the way the torso/cloak and legs fit together is mono-pose.  The steam punk, retro-future vibe is pretty cool.  I even managed a bit of kit bashing and reposing on a couple.  I don't think I'll begin to hate them until I've done at least 20.

Monkeychuka
Hair: Still there, Eyes: two, Starsign: Libra, Favourite Quote: "I found you a squat, but I eated it!"