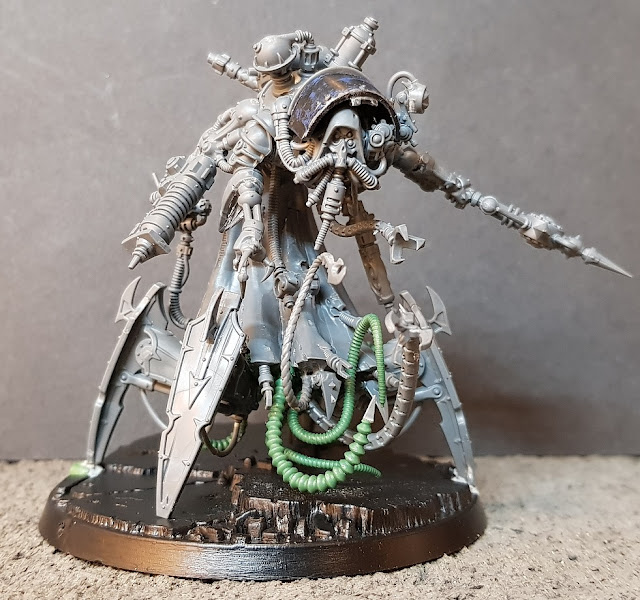 "Heretek is the name given by the Adeptus Mechanicus to those Tech-priests who turn their backs on the teachings and strictures of the Cult Mechanicus in pursuit of usually dark and forbidden technologies linked to the Warp and the Ruinous Powers of Chaos" according to Google.  At least that was the only reference I could find.  The rest of my search results pointed to the 'Heretek' expansion for the 'Warhammer 40,000: Mechanicus' game on Steam.  I'd almost forgotten about about the DLC and wasted several hours surfing that particular wave.  It turns out that the final boss looks a bit like this fella.  Coincidence?  I think not, and will take this as a sign that I simply must buy the game.  For research purposes. 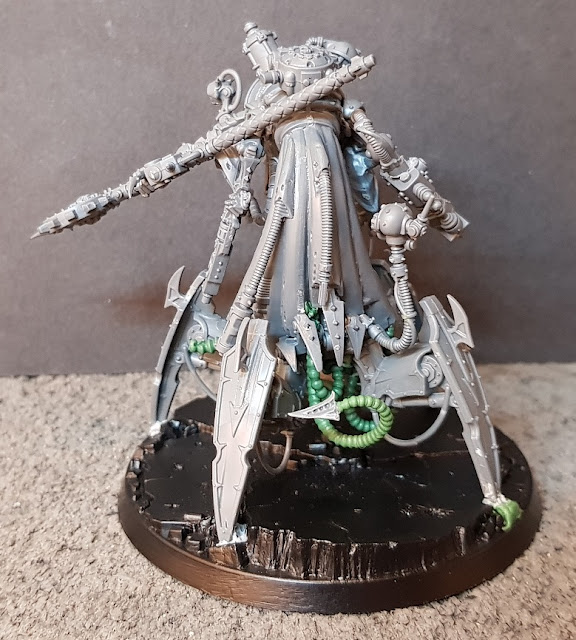 I've tentacled him up and found a use for an old Dreadnought base together with a dreadnought greave as an armoured cowl.  He's definitely a bit chunkier than your average Tech-Priest.  Lots of mechadendrites lurking under his dress which make him look creepier although I may have gotten a bit too enthusiastic.  I gave him an arrow head tail made out of a Trygon tongue which I think adds an insolent touch. 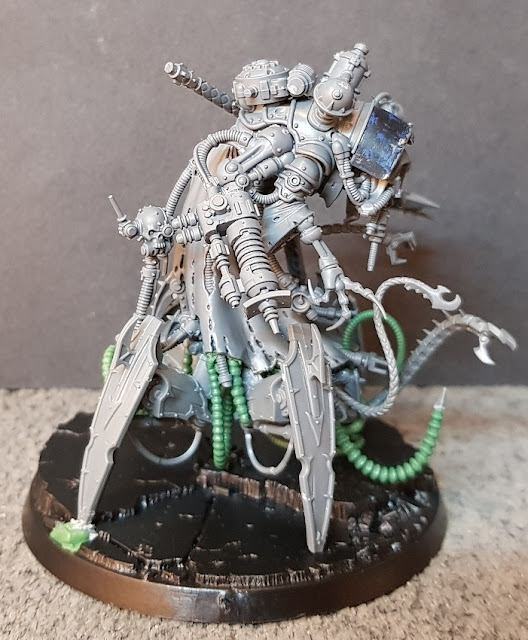 He's ready for paint but that's going to have to wait.  I've only painted vehicles in this particlar army (and a partially naked Drider) and the base colour was 'Psychotic Illusions' colorshift paint.  I'm not sure that will work on the troops.  Their robes would get all stiff and unwearable with armour paint.  So I'm going to have to figure out a colour scheme for my footsoldiers.  The Heretek has robes as well as armour plating and metal.  I was thinking they should be a teal or turquoise colour but I'm sure I will constantly second guess myself until I end up in a tailspin of indecision and just go back to watching The Witcher on Netflix.  Dear God, I'm going to have to actually build some Skitarii as test models! 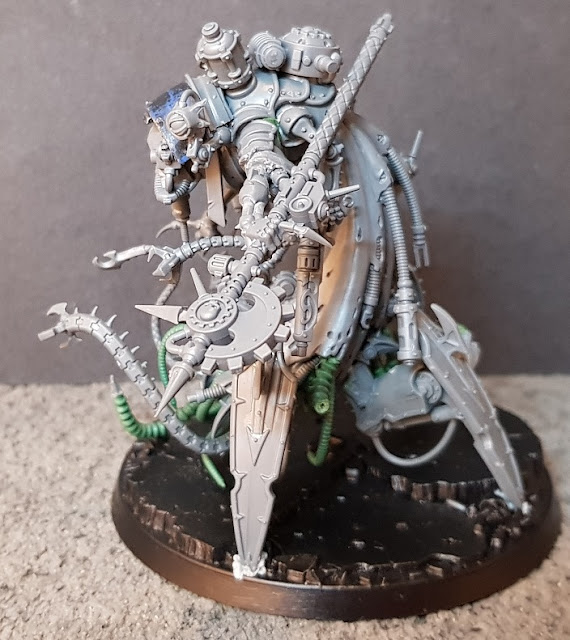 Not much progress on the Dunecrawler; the reason I bought these kits in the first place.  I solved the problem of working out dimensions by buying an actual Dunecrawler, partly assembling it and putting them side by side.  I spent the kids leftover holiday money on this endeavour and there's a special place in Hell reserved for people like me.  Goddammit, I'll have put them both through university!  They owe me.  Anyway, I think I'll get away with my spider dunecrawler if I pimp up the arse end a bit.  I will of course finish the genuine version (as well as paying the kids back).  I'm told that Onagers come best in pairs or threes anyway.