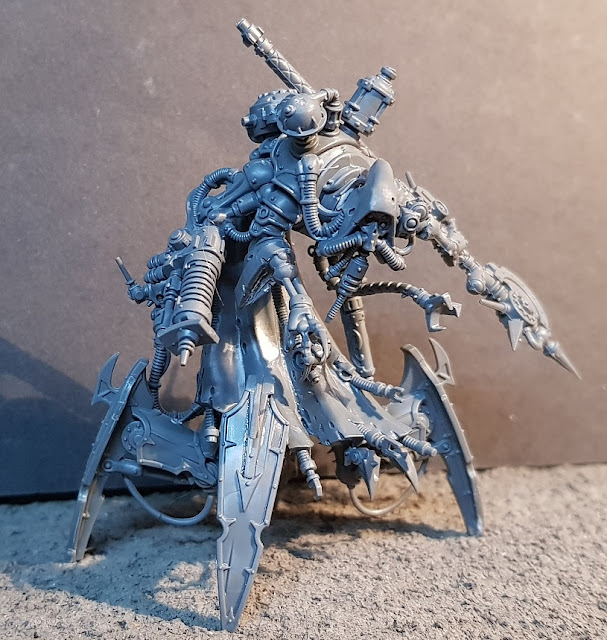 I returned from a family visit to the UK this week with my sons. This year produced a reasonable haul of plastic for Christmas, including 2 Lord Discordant kits.  Lots of ideas for converting but I had to wait until I got back before I could start cannibalising the parts.  The 35 hour journey home was pretty gruelling and quite eventful towards the end. 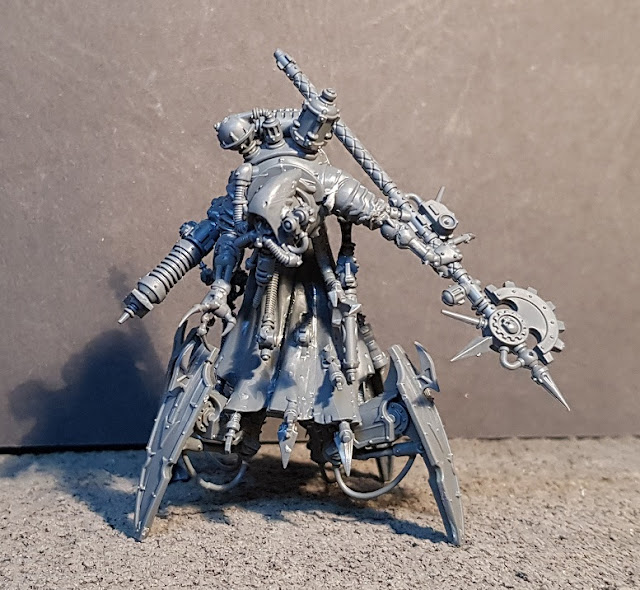 We couldn't get back into New Zealand with our Kiwi passports (I bought the tickets using our British ones and lost the visa confirmation letters which had arrived 1 day before our outbound flight.  Actually I didn't so much lose them as throw them away after drawing a probability matrix on the back of one during a family game of Settlers, whilst explaining the statistical likelihood of rolling a '7' on two six sided dice). However, it was obvious that we were NZ citizens from our documentation so we got through passport control.  Then my youngest son filled out his customs declaration incorrectly and we got pulled out of the line. Having only slept 5 hours out of the previous 48, I appeared to have lost the power of coherent speech and the authorities became suspicious.  Then the bio-security sniffer dog went crazy over my hand luggage.  I explained to an increasingly annoyed customs officer that I had spilled half a bottle of apple flavoured vape juice inside but she was having none of it. "This dog is trained to ignore vape liquid, sir."  I love how minor public servants can make the word 'sir' sound like 'asshole'.  I half expected an Arbites Enforcer to appear out of a side door with a rubber glove fitted up to the elbow. "Step this way, sir.  We'll soon get to the 'root' of the problem."  But they let me go shortly after they discovered my soiled underwear which I had changed after the 13 hour flight from Abu Dhabi to Sydney.  HAFE is a clear and present danger on long haul fights.  They must have decided to let it slide, so to speak.  Chaos is good.  We can fight Chaos with Chaos.  Just like Inquisitor Eisenhorn I believe that I am slowly descending into the radical philosophy. 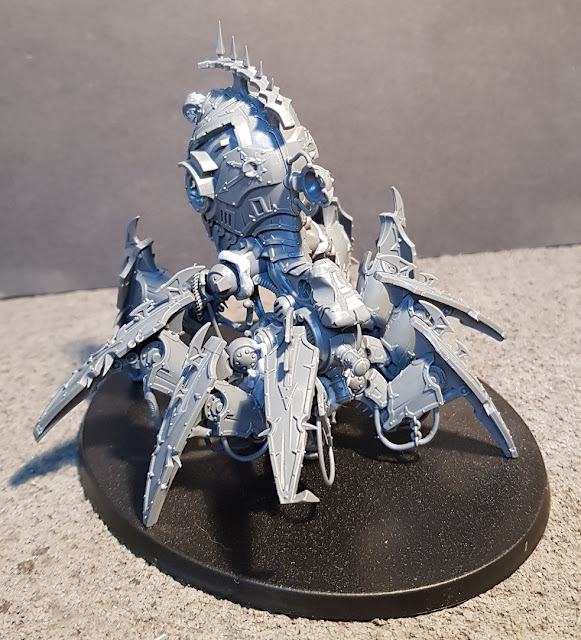 I wanted to make a spidery Onager Dunecrawler out of the disco lords but have been struggling with it.  I've got a basic body shape which is not quite what I envisioned and I'm worried it might be too small.  I think an Onager is about the same size as a Redemptor Dreadnought (4" tall?) but this thing is only 3.5" and despite having more legs, it doesn't have the bulk of the dunecrawler.  I'm tempted to just go and buy one and find out.  The 'Start Collecting' admech box is quite reasonable.

When you're stuck for ideas it's best to do something else, so I started mucking around with the leftover legs from the kits. I stuck them on the bottom of a Tech Priest and bingo, the model was pretty much done!

It sort of reminds me of spider Darth Maul.  The resemblance isn't striking but I like to think this is what Maul would look like if the Chaos Gods swallowed him whole and shat him out of the Eye Of Terror upon an unsuspecting Imperium. 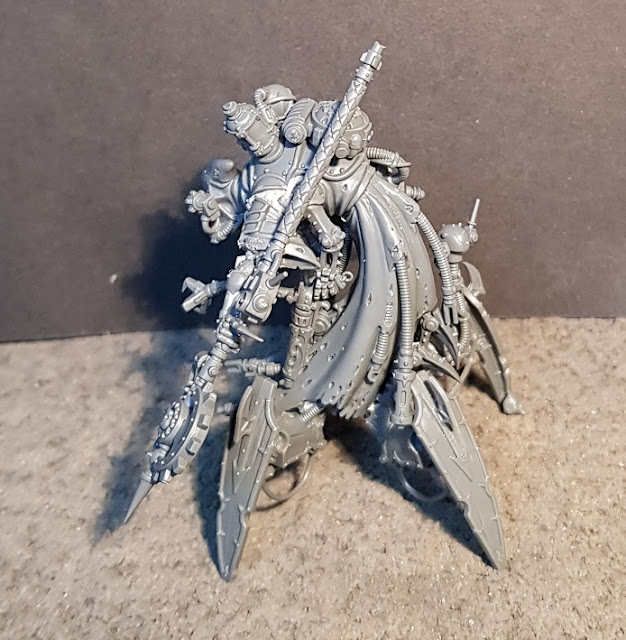 At the risk of sounding banal, I think it needs more tentacle.  Or at least tidying up around the legs and hem of the robe.