Squaduary - a trilogy in four parts 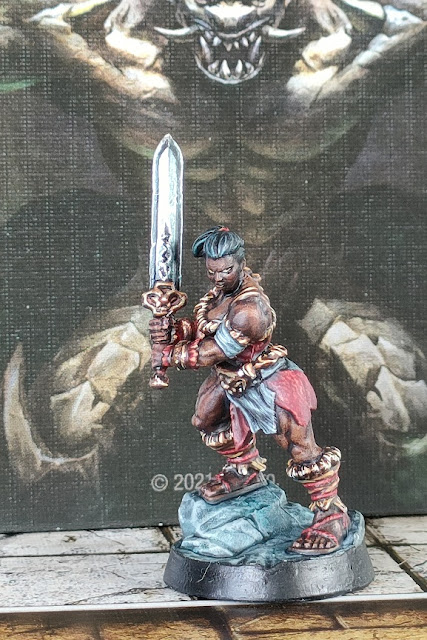 I still haven't finished Jandalf and repainted his tassels about 4 times before finally settling on a grey(ish) colour.  I tried mixing the contrast paints (terradon turquoise and black templar) but it just turned out muddy so I had to repaint him.  It works better if you let one coat completely dry and then put another one over the top but the contrast pigments are so rich, it gets very dark anyway. 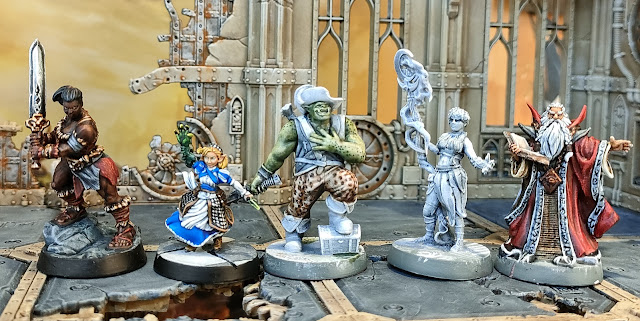 Really pleased with Barb the Barbarian tho.  She is definitely the sort of tank you want to send into a room first.  All round hero and damage soaker, a firm family favourite.  I highlighted her skin with Cadian Fleshtone and White Scar and put a light glaze over her.

I'm not sure why.  If we are going to play with these models, in a board game, with beer, then surely a thick coat of varnish would have been more appropriate?  But I'm finding these HeroQuest sculpts very characterful and enjoy putting my own spin on them.  Maybe that's why I haven't finished Jandalf yet.  He's just a boring wizard in a standard pose. 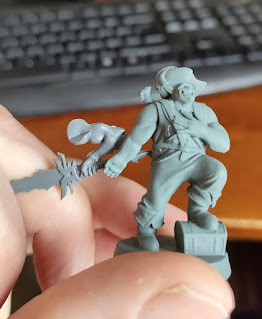 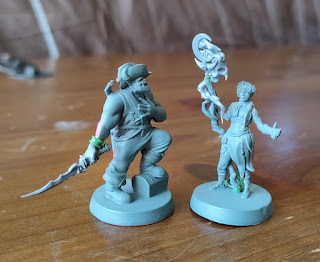 Of course I got distracted and ended up doing some light converting.  Waaagh's hand was just not right.  It definitely didn't match his other hand and I thought it was a miscast.  But I checked on Facebook and apparently that is how it's supposed to look.  Fortunately I have a kitbashing addiction so I just replaced it.  While I was cutting bits off other models and attaching them (poor old Mistweaver Saih), I thought I might as well tart up Verdaine the Druid's staff too. 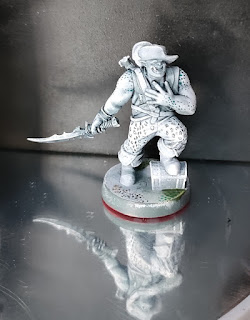 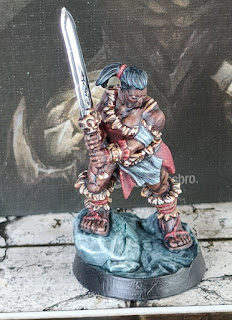 Further experimentation proved fairly disastrous however.  Waaagh is supposed to have leopard skin trousers and you can see that I've made a bit of a hash of it.  It started out well.  I just painted the spots in black with the intention of putting Darkoak Flesh contrast over the top.  Same with his shoulders except I used turquoise and Militarum Green.  It was fine until I decided it needed highlighting.  Got to stop overpainting.  I might have to repaint him now.  God damn it, this was supposed to be a bit of fun, not a technical exercise! 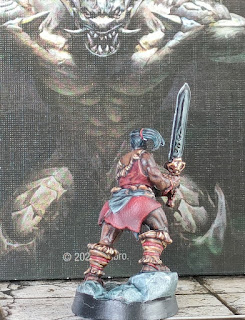 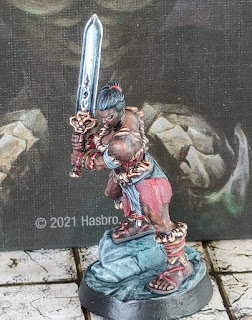 Posted by Monkeychuka at 18:54
Email ThisBlogThis!Share to TwitterShare to FacebookShare to Pinterest
Labels: Fantasy