I've only managed to finish 18 Spore Mines in a week which, to be honest, aren't exactly hellishly difficult to paint. 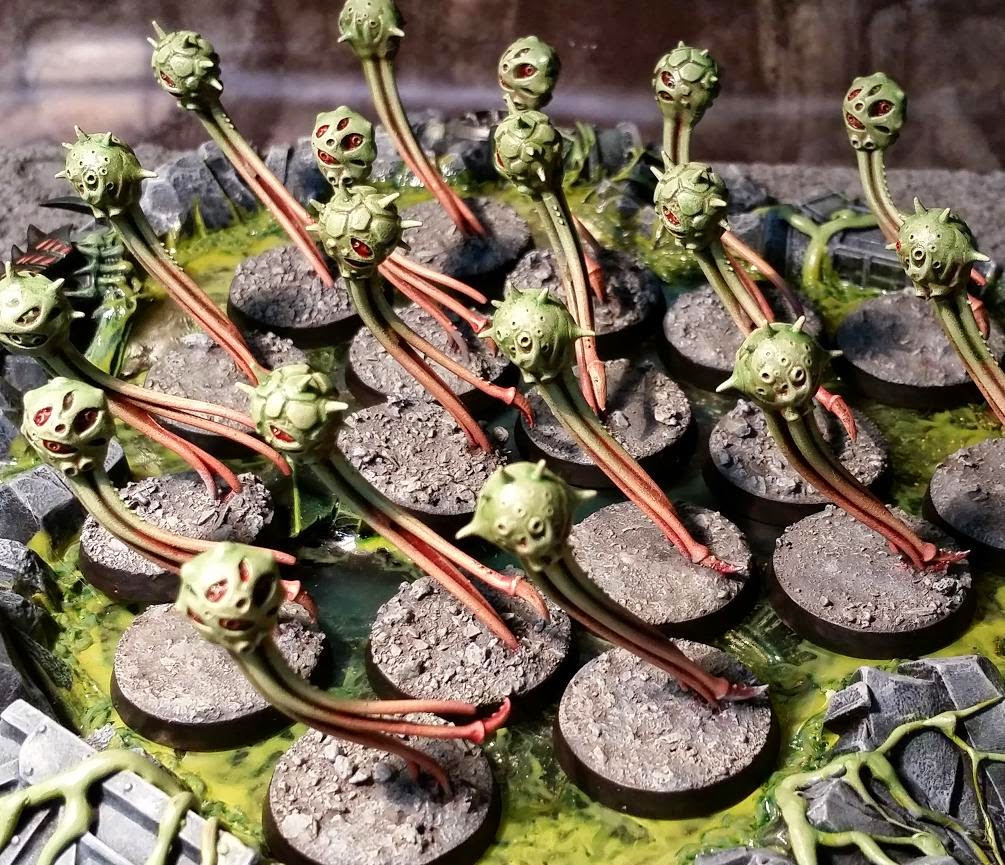 I couldn't be bothered to paint the claws on the ends of some tentacles.  I might go back and finish them but I need to drastically step up a gear with Maelstrom VIII less than 2 weeks away.  I submitted my army list to the TO yesterday and realised with dawning horror that less than half of it was painted and 4 models aren't even built.  One of which is a Flyrant.  Time to start cutting corners.  I was further demotivated when looking at the finished Spore Mines I decided that they would probably look better the other way round i.e. pinkish heads and green tails.   I'll be damned if I'm going to re-do them now. 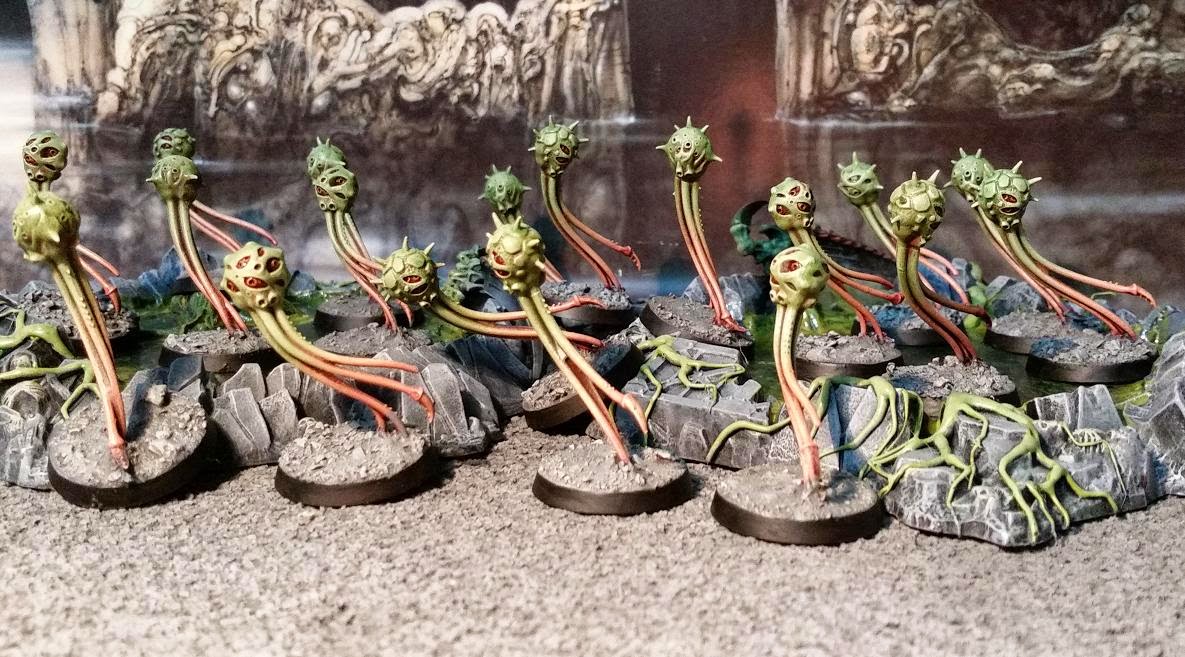 I've also been mucking around with Milliput for the tails of my Mucolids.  It definitely doesn't work well in a tentacle maker being too gloopy and not elastic like Green Stuff.  It behaves exactly like clay when you are shaping it.  Not drying chalky or gritty but its fairly brittle. I'm using the superfine version which you can still carve and file like plastic when dry.  Weird stuff really.  I can't decide whether I love or hate it. 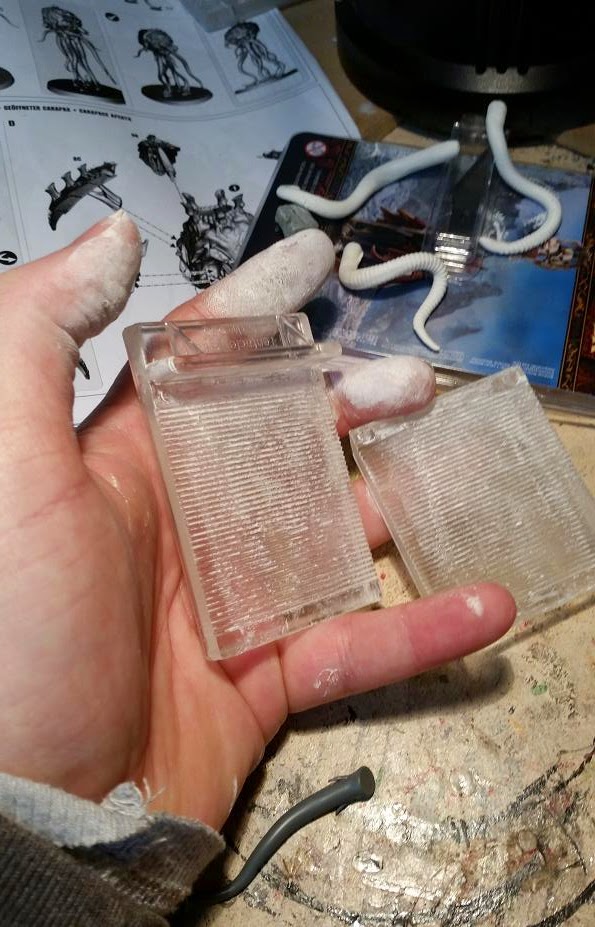 Posted by Monkeychuka at 00:28
Email ThisBlogThis!Share to TwitterShare to FacebookShare to Pinterest
Labels: Spore Mines