A bit of touching up and my third, cheesy Flyrant is finished.  I was never really stoked by the standard Flyrant pose, even though I love the model.  It suggests the beast gliding over the battlefield like some sort of demonic valkyrie, but most of the time you can only see its back during a game and have to crouch down for a closer look at the business end.
So I converted Swarmy with his arms thrown back, allowing me to fully appreciate his ghastly smile.  Even this wasn't ideal and several opponents commented that he looked like he was getting shot rather than displaying his manliness. 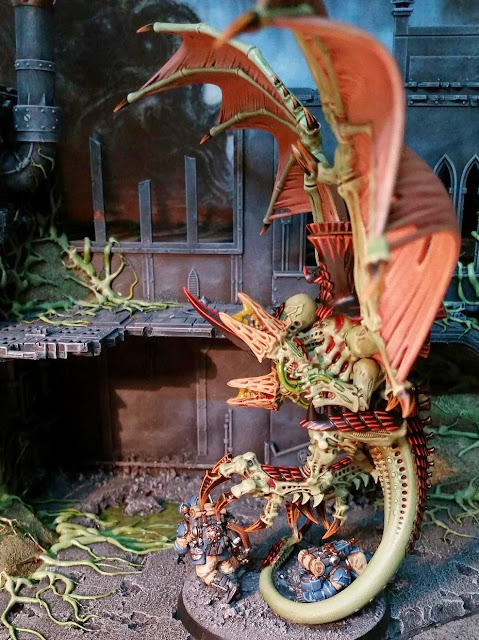 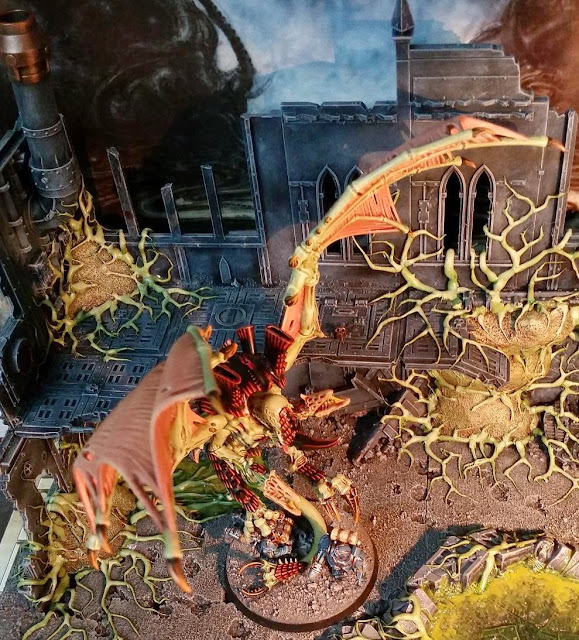 Posted by Monkeychuka at 00:29
Email ThisBlogThis!Share to TwitterShare to FacebookShare to Pinterest
Labels: Flyrant, Tyranids