I used to be a werewolf but I'm alright noooooow! 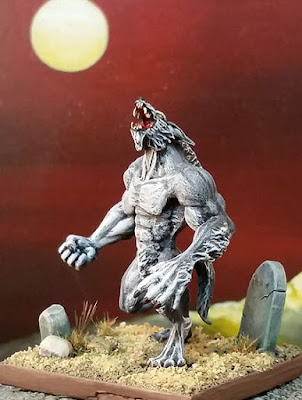 The trouble with this hobby is that sometimes, its just work. Yeah I know that anything worth doing is never easy but I just wasn't feeling it with these Werewolves. 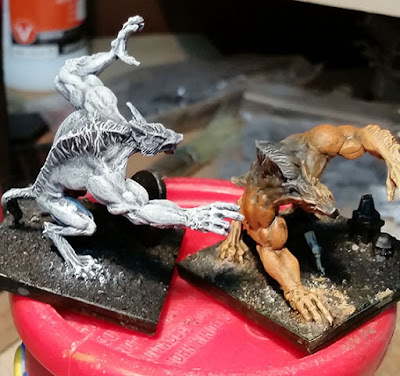 I hit a bit of a creative wall (oh, how pretentious) with them about 4 months ago and stopped painting my entire Undead army as a result.  I couldn't decide whether I wanted them to look like German Shepherds or Dobermans or fluffy kittens.  I tried a couple of colour schemes out and just came up with fail. 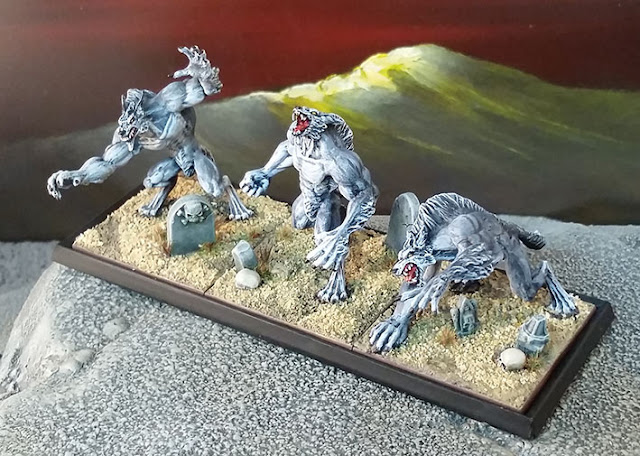 So this week I took the 'gritted teeth' approach and just dry brushed them as fast as possible.  Any colour is better than none at all.  Once that was done I felt a lot better about the whole thing and gave the detailed parts a bit more TLC.  They aren't the best thing I've ever painted but I like the posing and at least I can move on to other, more interesting projects. 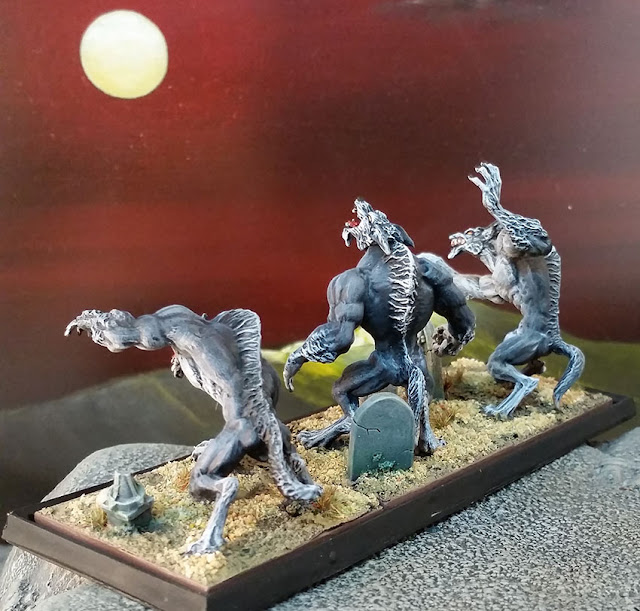 Part of the problem is that I still haven't finished building the Undead KoW army much less painting it.  The whole thing is over facing.  I had completed 72 models out of over 300 and I was all zombied out.  I don't even want to think about building more Revenants.  Maybe I could just drop all the body parts into a pool of glue and call it a 'charnel pit' or something.  Yeah, multi-basing gone wild... 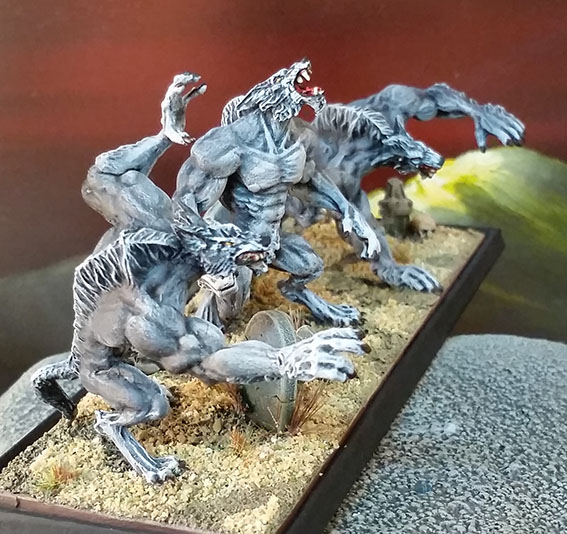 So, I've decided to break down the problem into smaller, more manageable chunks.  I've picked a 2000 point playable army and I'm aiming to take this to future KoW tournaments.  Well, apart from the tournament this weekend, that is.  I'm taking Tyranids to that one one and I've managed to fit my new Mawloc in as a Nightstalker Terror. Yay!  But I got into KoW because I wanted to build a new army, not re-purpose my old one (thats just a bonus). 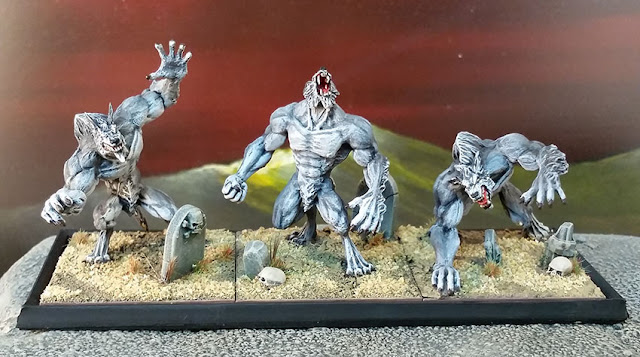 Anyway, the 2000 point undead army only amounts to 143 models which includes all of my painted ones.  So I'm already half way there!  Give myself a pat on the back! 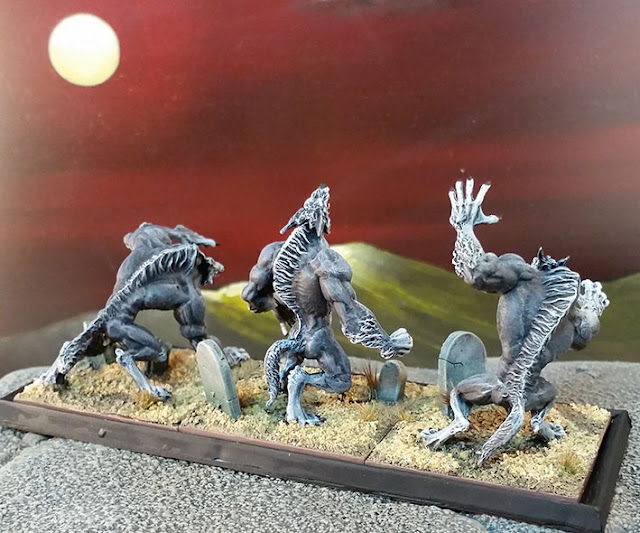 Posted by Monkeychuka at 23:33
Email ThisBlogThis!Share to TwitterShare to FacebookShare to Pinterest
Labels: Fantasy, Kings of War