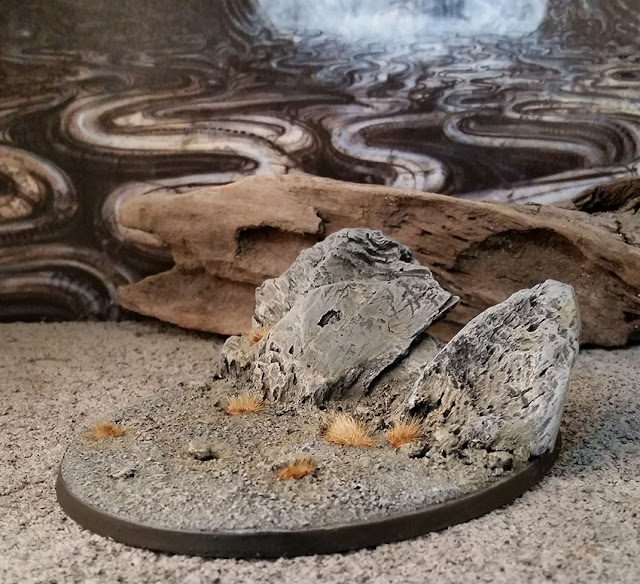 Well there it is.  Stealth Mawloc is nigh on invulnerable because you can't see him.  He isn't even on the table.  This ultimate stealth bomber appears randomly, drops two blast templates and then mishaps off the board or back into reserves. GG. 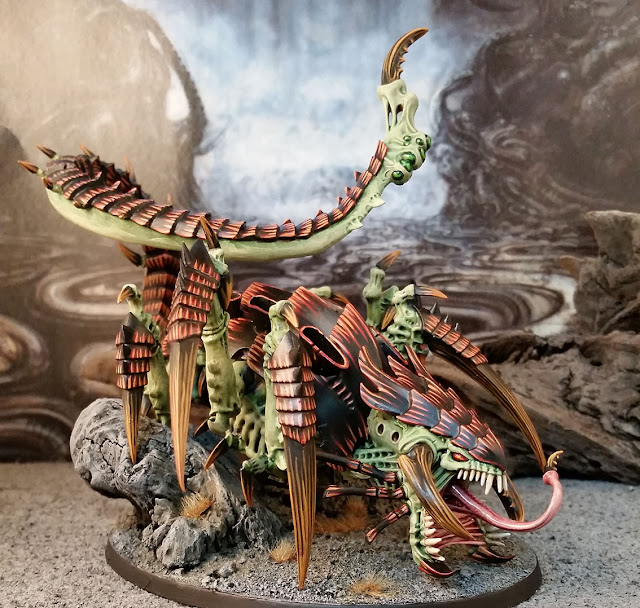 Or something like that.  And technically he's still a Stealth Trygon, I've just given him multiple jaw options so I can run him as a Mawloc.  I am reliably informed that I've been playing the subterranean horrors incorrectly all these years because I don't spam the shit out of them.  Statistical probability indicates that if one Mawloc does something stupid one time in three then you should employ a boat load of them to greatly increase the chances of at least one performing three times better than you thought. 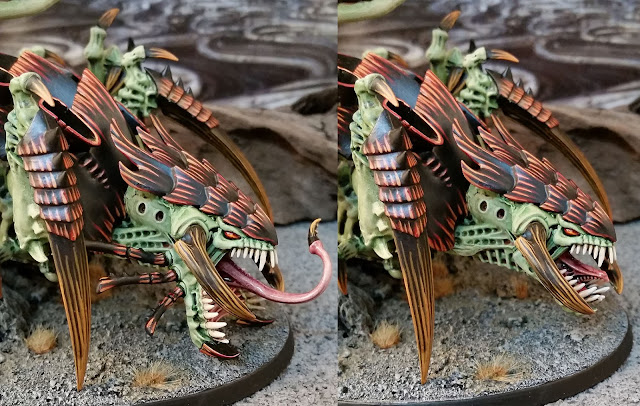 So I'm going to run three in my list from now on.  I think the current trend is to use six but I've only got one real Mawloc in addition to this conversion and one Tervigon which is technically made from the Mawloc kit so that will have to do.  If anyone complains about WYSIWYG I'm going to call the Tervigon a 'Trapdoor Spider Mawloc' and enthuse about it to my opponent endlessly, telling him that I've written ten thousand words of backstory, a full technical profile and experimental rules for it.  It is possible to bore people into submission.  I know, I've been on the receiving end enough times. 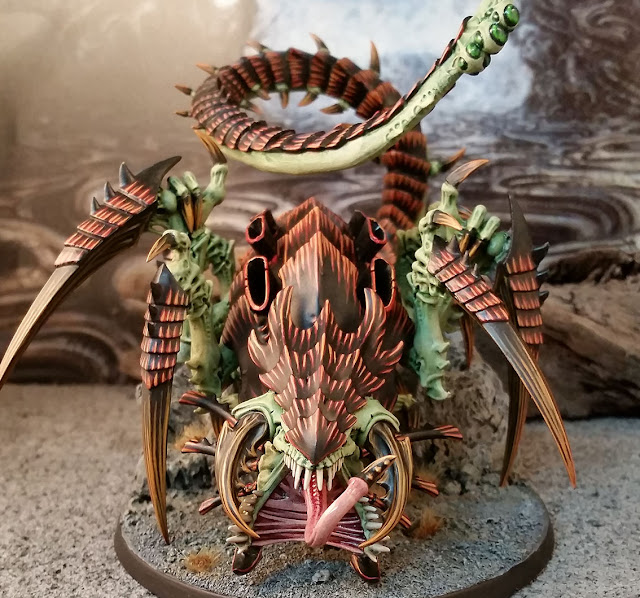 Well, I say all that but I haven't played a game of 40k this year.  I often find that thinking about playing a game of 40k is more enjoyable than actually playing a game of 40k.  For one thing, it doesn't make your feet hurt.  You can also pretend that you're good at it without the sordid business of getting your arse handed to you by some Imperial Knight fanboy who is super-numerate and filled with the confidence and zeal of youth. 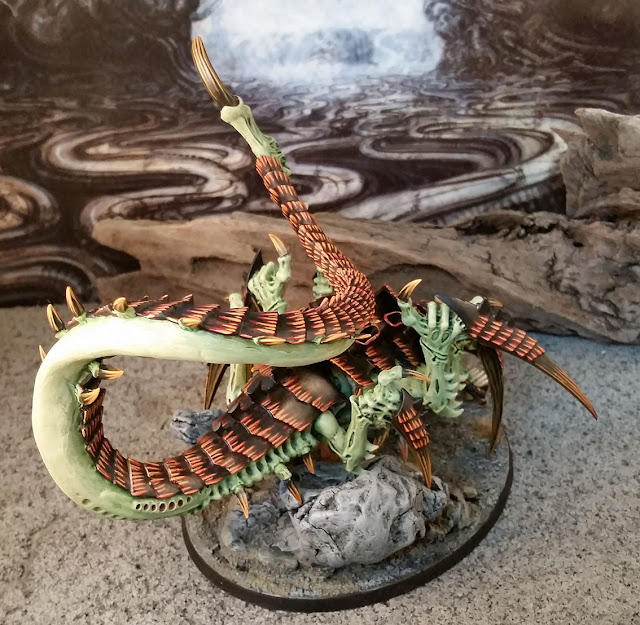 But I'm going to have to put it to the test at some point.  I've signed up for Warpstorm IX which is apparently a qualifying tournament for the 'NZ Masters'.  Not entirely sure what the NZ Masters is but I don't think it bodes well. 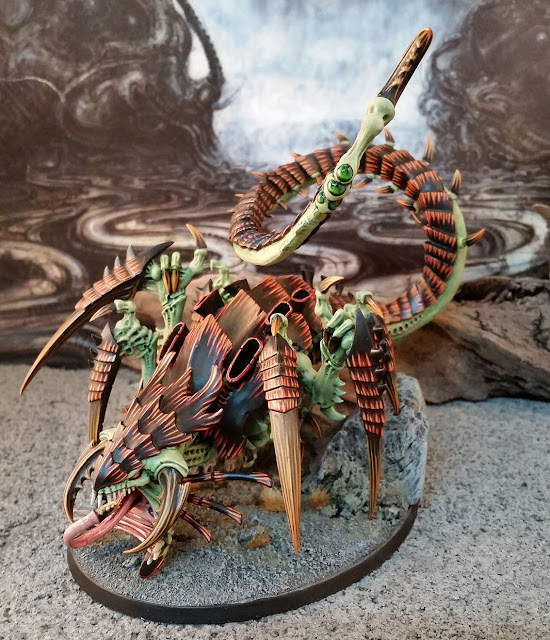 Well, at least I'll go down in style.  My proposed army list is completely customised or converted in some way apart from the Rippers and the Spore Mines which are small enough to go unnoticed.  It will, of course, include Lord Commissar Cheese and his flyrant circus.  I'm such a scrub. 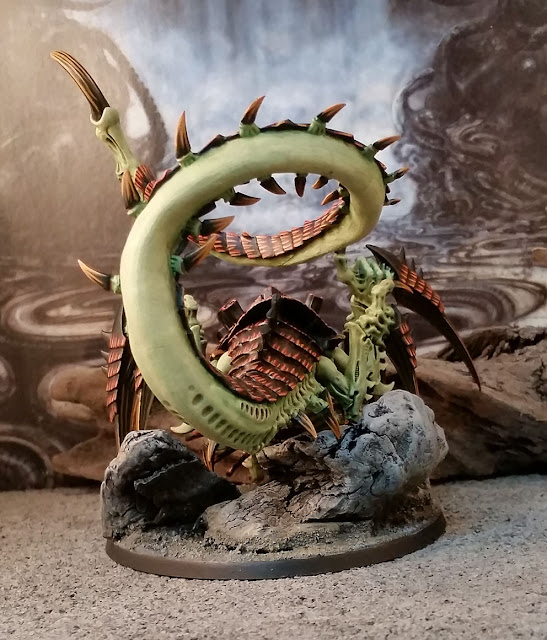 Quite pleased with this conversion though.  I bought this model five years ago and even half painted it before losing interest, so its about time.  I don't have any standard Trygon/Mawloc models in my army now, they're all customised.  Maybe that's why I never got round to finishing this one.  It needed to wait for the new Zoanthrope to be released by GW and for me to realise that the carapace on the Zoey would look really good on a Trygon model.  The rest of it just seemed to naturally follow. 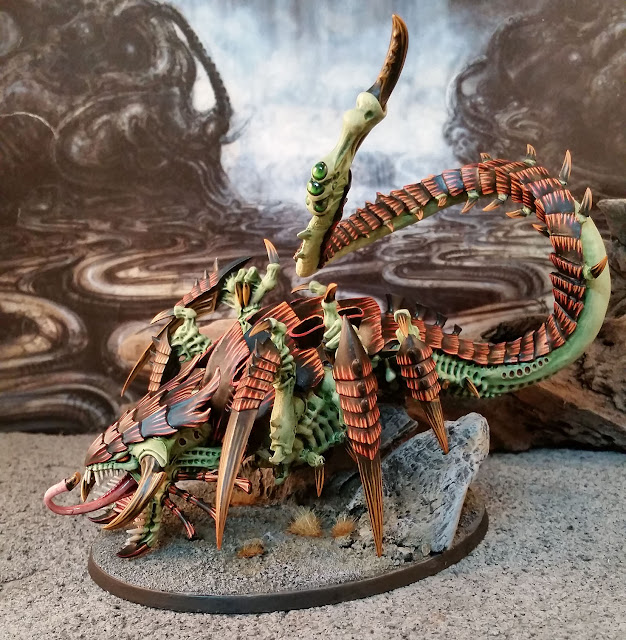 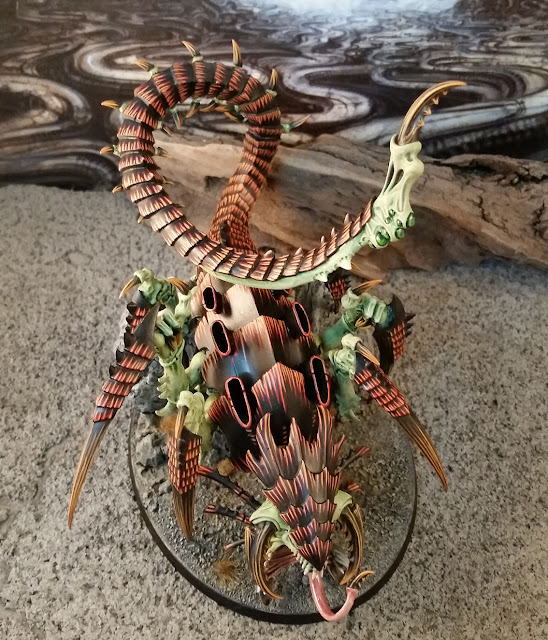 Posted by Monkeychuka at 23:31
Email ThisBlogThis!Share to TwitterShare to FacebookShare to Pinterest
Labels: conversion, mawloc, Tyranids