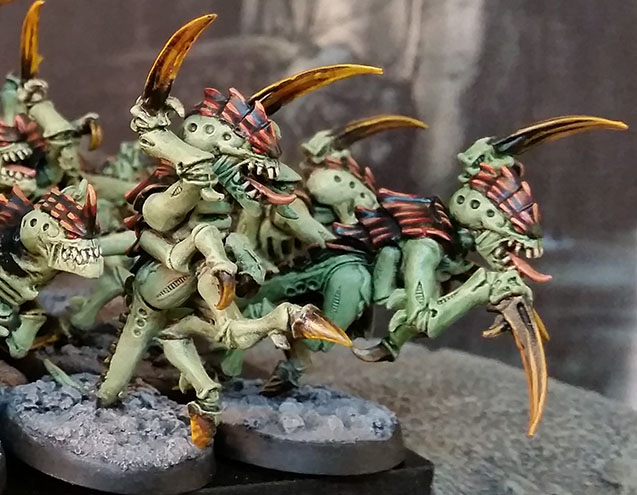 "Armed with a bewildering array of wicked looking limbs, claws and scythes, Reapers stalk the dreams of those who abhor wanton violence, torture or pain, hell-bent on delivering their worst fears"
-- Uncharted Empires 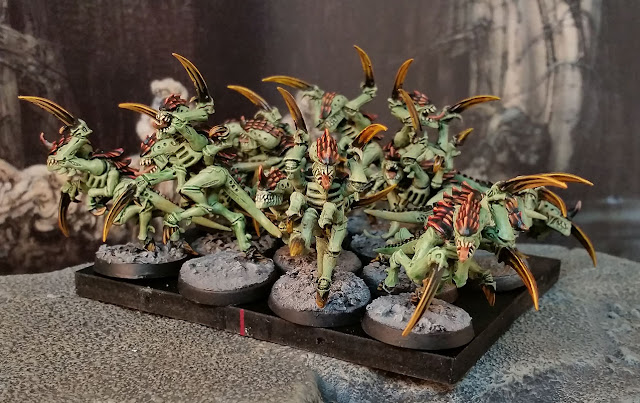 Its almost like the author was thinking about Hormagaunts when he wrote the rules for Reapers in Kings of War (ok, maybe Deldar as well).  A high number of devastating attacks and soft as boiled shite on the defence.  You can kill hundreds, no thousands of the little blighters but Emperor protect you if you let them overrun your lines. It would be like being dropped into a giant NutriBullet ™ 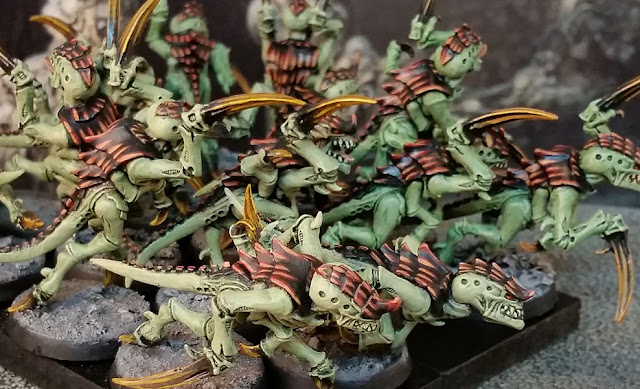 Well, its how I imagined them in the 40k lore.  The dismal truth is that I generally used them as objective holders or sacrificial distraction units; charging the enemy at a stiff walking pace and fizzling out like a wave on the beach.  At least they don't shit the bed when mommy Tervigon dies.  I suppose that's something. 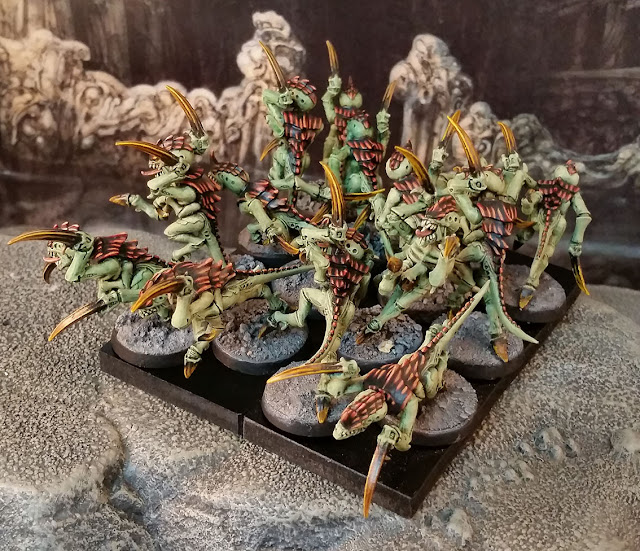 But Hormagaunts in the Mantica universe, well now thats a different story altogether.  These things are nasty when played as Reapers.  Not game breaking, but great shock troops and certainly a worthy addition to your force.  They can still be shot off the board in turn 1 but they remain fully functional and dangerous right up to that final nerve check (Well, unlesss they waver.  Shut up! Artistic license!). Ignore them at your peril anyway. 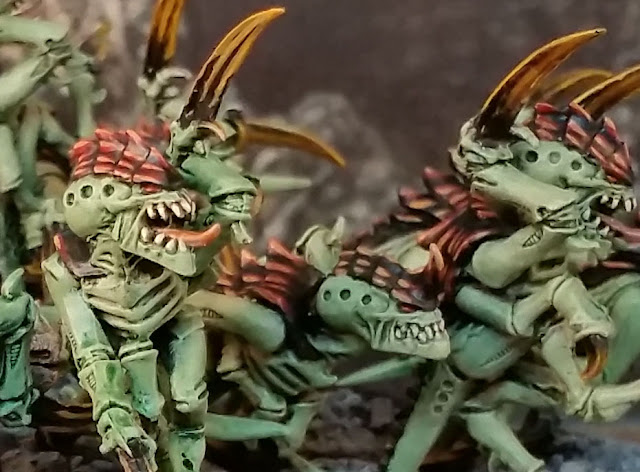 This has actually motivated me to finish painting some more (still less than half the entire number I own.  Ah laziness).  I was tempted to multibase them.  Many had already been drastically re-posed and it seemed like a logical step. I can't even remember the last time I used Hormagaunts in a game of 40k.  It was years ago at any rate, so why bother keeping them on the 40k bases?  Not wishing to invoke Murphy's Law however, I reneged at the last minute.  They might be stupidly good in the next codex release and so I'll keep my round bases, you know, just in case.

I have based them as 2 units of troops which can be slotted together as a regiment if needed.  A regiment is cheaper than 2 troops and has higher nerve but the loss of overall attacks makes it a tough decision.  List building in KoW is really enjoyable like that. 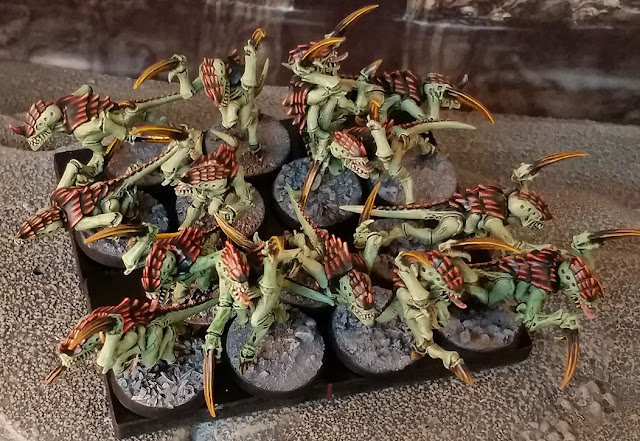 They will of course whiff horribly on their debut appearance this weekend.  It is the fate of all newly painted and favourite models. 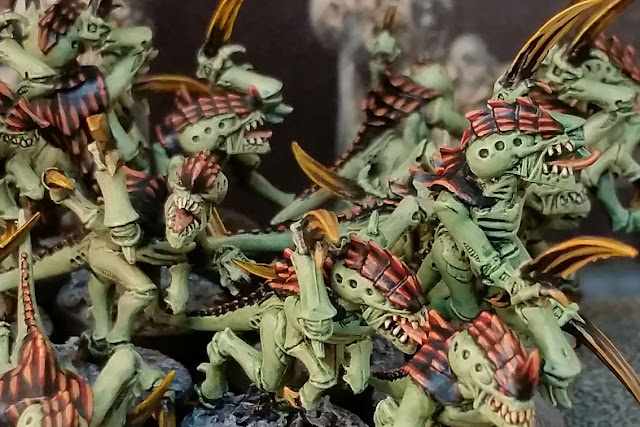 In this shot you can clearly see the mold lines.  Some of these rank amongst the oldest models in my Tyranid collection.  I didn't care about mold lines was when I first started the army.  I was just in a rush to get them built.  Stripping them down and cleaning them up for the new paint job was too much bother. 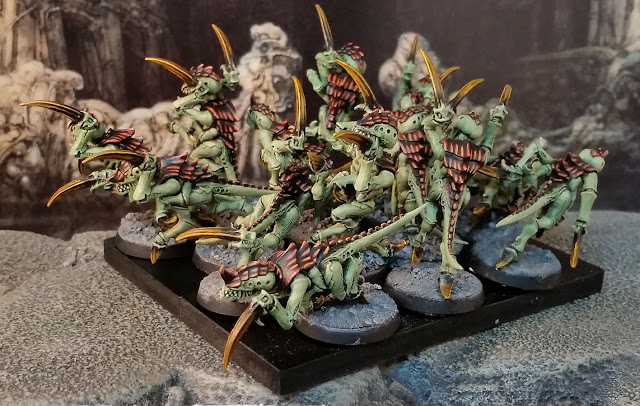 Only 7 models per movement tray rather than 10.  Still perfectly legal and they manage to look busy nonetheless.

Posted by Monkeychuka at 19:31
Email ThisBlogThis!Share to TwitterShare to FacebookShare to Pinterest
Labels: Hormagaunts, Kings of War, Night-Stalkers, Tyranids